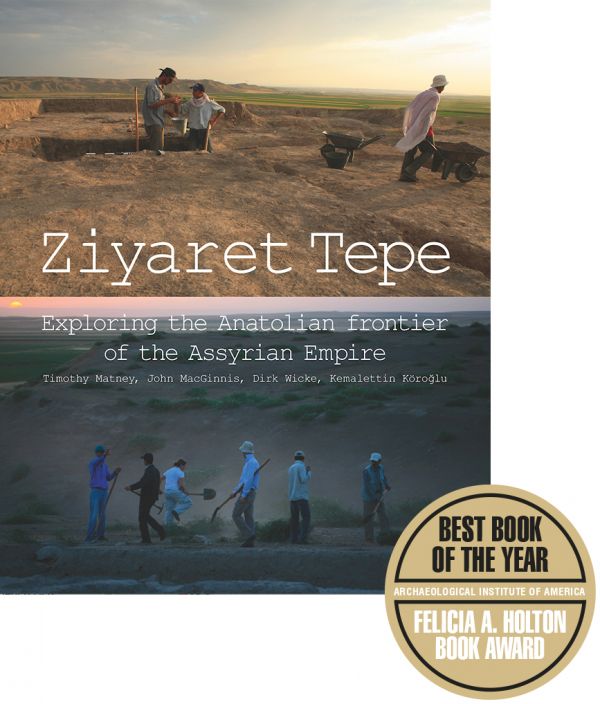 Exploring the Anatolian frontier of the Assyrian Empire

Life on the edge of the Assyrian Empire

Winner of the Archaeological Institute of America’s 2019 Felicity A Holden Award: Following on from the mesmerising 19th-century photographs of Palmyra by the forgotten American archaeologist John Henry Haynes, Cornucopia’s latest book is something altogether different – a vivid record in words and pictures of a dig on the Anatolian borders of Mesopotamia that ended recently after nearly two decades. Designed in the format of a survey book, ‘Ziyaret Tepe: Exploring the Anatolian frontier of the Assyrian Empire’ captures the sense of intimacy and immediacy of the project.

Ziyaret Tepe, the ancient city of Tušhan, was a provincial capital of the Assyrian Empire, in its day the greatest empire the world had ever seen. The excavations captured in this innovative book uncovered the palace of the governor, the mansions of the elite and the barracks of the rank and ﬁle, charting the history of the empire from its expansion in the early 9th century BC to its fall three centuries years later.

The great mound of Ziyaret Tepe, with its accumulated layers rising 22 metres above the surrounding plain, is a record of thousands of years of human occupation. In the course of 18 seasons of ﬁeldwork, both the lower town and the mound looming up over it yielded the secrets of Tušhan, today in southeast Turkey, near the border with Syria. This has always been frontier country.

Elaborate wall paintings, a hoard of luxury items burned in a cremation ritual 2,800 years ago, and a cuneiform tablet that hints at a previously unknown language are among the team’s exceptional ﬁnds.

The story of the project is told by the specialists who dedicated years of their lives to it. Geophysicists, ceramicists, readers of cuneiform, experts in weaving, board games and Neo-Assyrian politics joined archaeologists, zooarchaeologists, archaeobotanists and many others.

But this is no dry ﬁeld book of dusty digging. Both accessible and scholarly, it is a lively, copiously illustrated record of excavations involving the whole team, a compelling demonstration of the collaboration – the science, artistry and imaginative reconstruction – that makes modern archaeology so absorbing.