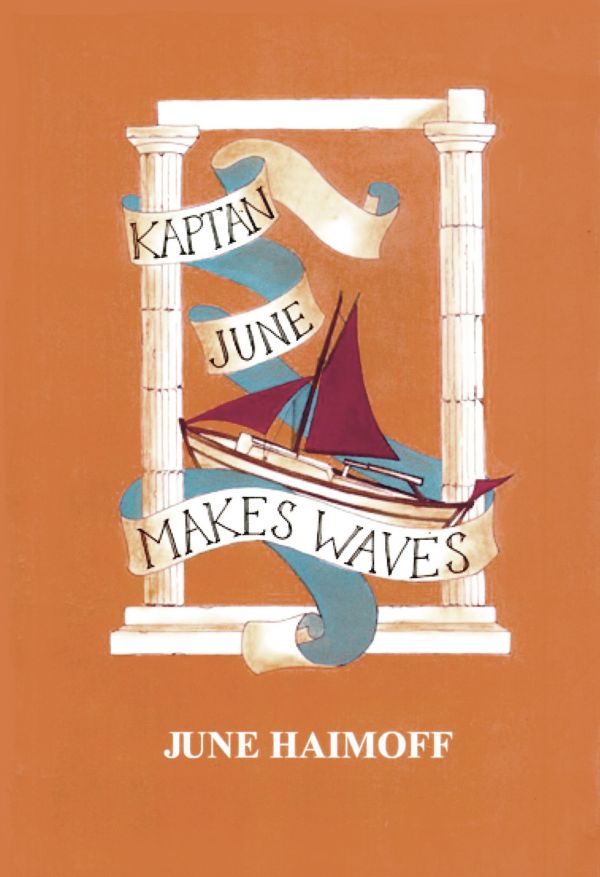 Travels With My Caique

Readers lucky enough to have come across June Haimoff’s earlier books – Kaptan June and the Turtles (1997) and Breakfasts with Kaptan June (2005) – will already be familiar with the author’s pre-war childhood, and with her heroic – and eventually successful – battles against large hotel developments on the Turkish coast near Dalyan in the 1980s and 1990s. Her latest book, Kaptan June Makes Waves, tells us about the years in between, from the 1940s to the 1980s.

Above all, this is the story of her decade as owner of Bouboulina, a 12-metre Greek caique bought in 1970 from four brothers in Thassos, following a marathon negotiation involving a lot of ouzo and cigarettes. She describes Bouboulina unflatteringly as “resembling a pregnant banana”, but she was clearly a lovely boat of the kind we have all dreamed of owning at one time or another. Bouboulina is neither grand nor particularly comfortable, but she sees June safely though terrifying storms in the Taranto Channel and the Saronic Gulf. She is equally at ease in the remote bays of the Cyclades and the yacht clubs of Greece, Italy and Turkey. Over many happy summers she takes June all over the Greek islands, from verdant Corfu to the rocky Dodecanese.

Reading this book is to step into the enchanted world of the Aegean and Ionian in the decades after the Second World War. Life is absurdly cheap, the locals charming and frequently beautiful, the food delicious. And it is all a long, long way from drab, grey, austerity-bound Britain.

June’s adventures in the Aegean began in 1947 with her first husband, Percy Sutton, whose motor patrol craft Naidas was a converted naval vessel. Her second husband, Charles Haimoff, was no fan of the sea or of Greece, so her companion on Bouboulina through most of the 1970s is Hamsi, a Swiss Adonis 25 years her junior.

June’s summers are an idyll of sunshine, siestas, picnics, swimming and more swimming, lived among an enviably large cast of international friends. The winters are spent in Gstaad, where she wins the Ladies’ Race at the Eagle Club and is awarded the David Niven Cup.

By the late 1970s the skies begin to darken, as money becomes tight and the relationship with Hamsi ends. Eventually Bouboulina is sold to a Canadian couple in Rhodes. June feels intense sorrow at her loss, and the reader shares that pain.

But much worse is to come. June loses her home in Gstaad and the following year her adored daughter, Claire, dies in an accident in Geneva. The idyll turns into a tragedy.

But if ever a cloud had a silver lining, it was on this occasion. For with no boat and no home and heartbroken from personal loss, in 1984 June embarked on a completely new episode in her life. She began to spend her summers in Turkey, in the simple baraka (wooden hut) on Iztuzu, a remote beach near the mouth of the Dalyan river, about 50 kilometres east of Marmaris, which she described so vividly in Kaptan June and the Turtles.

Realising that the beach was a nesting ground for turtles, and that construction of a huge new hotel was imminent, she found a renewed sense of purpose as a campaigner protecting the local environment. And her achievement was sensational. Largely through her courage and energy, the hotel project was cancelled and Iztuzu Beach and its turtles were saved. This was an extraordinary achievement in a country where the environmental lobby was still weak. Now aged 92, this remarkable woman still makes Turkey her home, and has rightly been honoured both in Turkey and in the UK.

Rupert Scott is the editor of ‘Turkish Coast Through Writers’ Eyes’ (Eland £12.99)