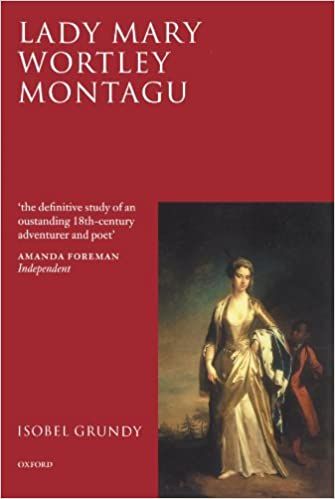 Comet of the Enlightenment

‘'the definitive study of an outstanding 18th-century adventurer and poet'’
Amanda Foreman, Independent

With interest growing in the tradition of women’s writing, Lady Mary Wortley Montagu (1689-1762) has been transformed from a colourful eccentric to an important writer. This book is the first to take her writing achievement seriously, as well as re-telling a life-story which every newly uncovered detail renders more extraordinary.

As a woman who wrote, travelled, campaigned publicly for medical advance, gossiped, and played an energetic part in high-profile literary disputes, Lady Mary Wortley Montagu has captured imaginations and focused debate ever since her own time. Five twentieth-century lives preceded Robert Halsband’s, in 1956. His work on her first deployed the apparatus of academic scholarship. Scholarship since then has continued to unearth much new information, while criticism has begun to confront the issues involved in moving between the roles of proper lady and woman writer.

Isobel Grundy is the first to examine in detail Lady Mary’s family situation and social relationships, or to situate Montagu’s writing life in relation to both tradition and innovation, to enlightenment circles and political agendas, and to the emerging tradition of women’s writing, in which she herself was a key figure. Grundy highlights Lady Mary’s adolescent longing for literary fame, her growing understanding of the pressures of class and gender imperatives on such upstart desires, her conflicted negotiations with manuscript culture and the new world of print, the punitive responses of society, the deep disonance at every stage of her life between her actual circumstances and the constructed self of her letters and other writings. She also situates Montagu’s work in the context of her exceptionally wide reading in both men’s and women’s texts, and her own theorising of her social world.

Isobel Grundy is Henry Marshall Tory Professor at the University of Alberta, Canada

‘quite simply the most interesting biography of a woman I have read for years’ Miranda Seymour, Sunday Times