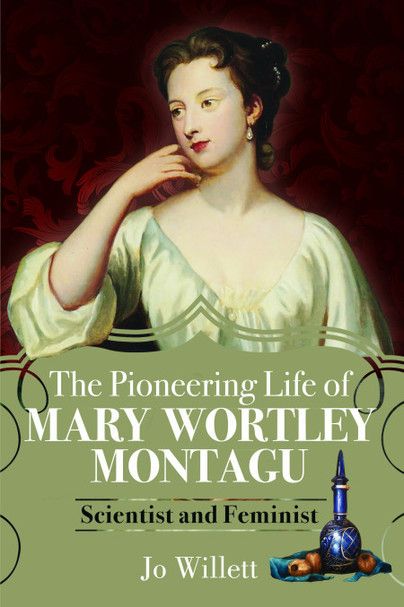 ‘‘Willett tells her story briskly and well, and with considerable wit herself'’
Hugh Thomson, The Spectator

300 years ago, in April 1721, a smallpox epidemic was raging in England. Lady Mary Wortley Montagu knew that she could save her 3-year-old daughter using the process of inoculation. She had witnessed this at first hand in Turkey, while she was living there as the wife of the British ambassador. She also knew that by inoculating - making her daughter the first person protected in the West - she would face opposition from doctors, politicians and clerics. Her courageous action eventually led to the eradication of smallpox and the prevention of millions of deaths.

But Mary was more than a scientific campaigner. She mixed with the greatest politicians, writers, artists and thinkers of her day. She was also an important early feminist, writing powerfully and provocatively about the position of women.

She was best friends with the poet Alexander Pope. They collaborated on a series of poems, which made her into a household name, an ‘It Girl’. But their friendship turned sour and he used his pen to vilify her publicly.

Aristocratic by birth, Mary chose to elope with Edward Wortley Montagu, whom she knew she did not love, so as to avoid being forced into marrying someone else. In middle age, her marriage stale, she fell for someone young enough to be her son - and, unknown to her, bisexual. She set off on a new life with him abroad. When this relationship failed, she stayed on in Europe, narrowly escaping the coercive control of an Italian conman.

After twenty-two years abroad, she returned home to London to die. The son-in-law she had dismissed as a young man had meanwhile become Prime Minister.