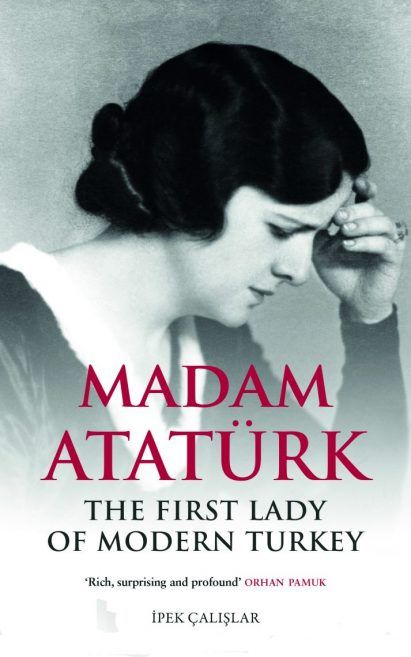 The First Lady of Modern Turkey

Published by Saqi Books
Sorry, this item is currently unavailable from Cornucopia.

‘An eye-opening biography ... Latife played a pivotal role in shaping the new Turkey – an acknowledgement of her contribution is long overdue.’
New Internationalist

Mustafa Kemal Atatürk is hailed as one of the most charismatic political leaders of the twentieth century, but little is known today about his one and only wife, Latife Hanım. A multilingual intellectual educated at the Sorbonne, Latife’s marriage to Atatürk raised her to the pinnacle of political power. She played a central role in the creation of a modern and secular Turkey and championed the emancipation of women, campaigning tirelessly for women’s right to vote.

Throughout their marriage, Latife stood beside her husband, acting as his interpreter, promoter and diplomatic aide. However, after only two years of marriage, Atatürk divorced Latife, who spent the rest of her life in seclusion.

An international bestseller, this intimate biography vividly brings to life the fascinating story of an exceptional and courageous woman – well ahead of her time – who lived through a remarkable period in Turkish history.

About the Author
Born in Istanbul in 1947, İpek Çalışlar is a veteran journalist and writer. She has worked at the prestigious daily Cumhuriyet for twelve years and has served on the boards of KA-DER, the Association for the Support and Training of Women Candidates, and PEN Turkey. Çalışlar was tried in Turkey for “insulting the memory of Kemal Atatürk” with this biography, but was later acquitted. Her publications include Madam Atatürk, which is a bestseller in Turkey and has been translated into eleven languages. She lives in Istanbul.