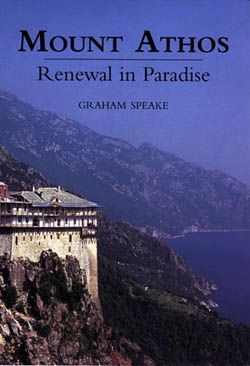 By Graham Speake
Published by Yale University Press
Out of Print

‘The spiritual renewal of Athos is a major theme of this prize-winning study. ’
Anthony Bryer