Store > Books > One Son is Enough 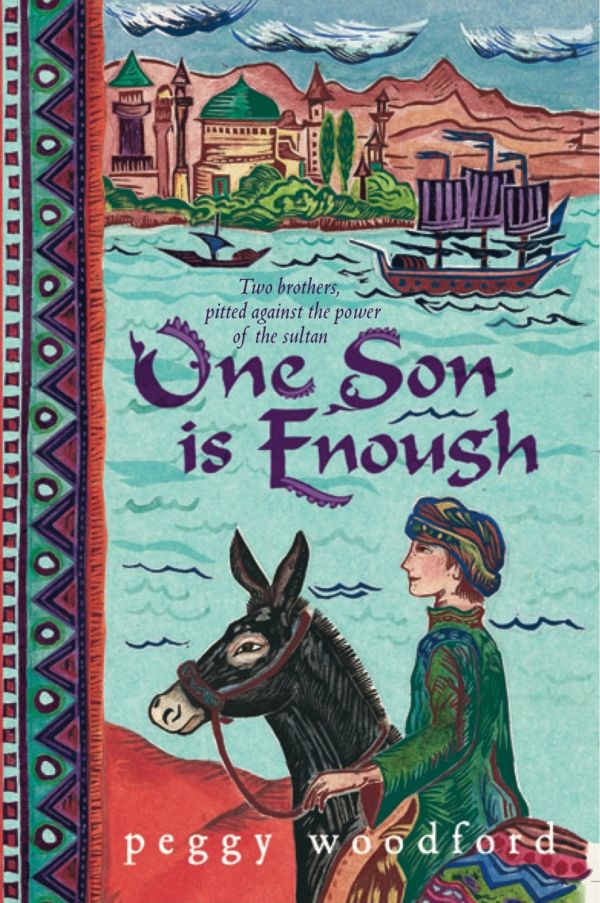 One Son is Enough

By Peggy Woodford
Published by Walker Books. A historical novel set in Ottoman Turkey for children 10 years and older.
Out of Print

One Son is Enough is set in Turkey in the early years of the 19th century, and takes place partly in Anatolia and partly in Constantinople.

Rich in nineteenth century detail, this powerful story follows the adventures of two boys who, with the help of a brave Greek girl, struggle to reunite against all odds.

Endorsed by Amnesty International UK as contributing to a better understanding of human rights and the values that underpin them.

“As soon as I started reading “One Son is Enough” I couldn’t put it down!… The story made me think a lot about how difficult life can be in some places and for some people. A couple of weeks before I read this I had a new baby sister which made me feel how terrible it would be for there to be a law which meant she would be taken away because there is already a girl in our family. I really felt that I was in the book and inside each boy as their story is told. My heart sank when things went wrong and I was desperate for them to be reunited. I found it an inspiring read and would recommend it for children 8+ and adults alike - my dad is half way through!”