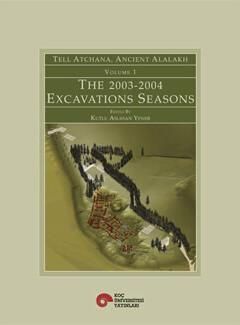 The Oriental Institute initiated the first two excavation seasons based at Tell Atchana, ancient Alalakh, in the Amuq Valley, east of Antakya, Turkey with a team from the University of Chicago under the directorship of Prof. Kutlu Aslıhan Yener. The Tell Atchana/Alalakh Excavations are presently under the auspices of the Turkish Ministry of Culture. Institutional support is provided by Koc University in Istanbul with the continuing collaboration of the Antakya Mustafa Kemal University. This volume with specialist reports presents the first two seasons (2003-2004) of the new round of ongoing excavations at the site after a pause of 54 years. Archaeological and textual evidence from the earlier 1930-1940’s excavations has defined this important site as the regional capital (Alalakh) of a small territorial state, Mukiš, which existed during the 2nd millennium BC. Deposits from the Late Bronze Age occupations were identified above an extensive Middle Bronze Age settlement with evidence of site-wide destruction and reorganization of the settlement at the turn of the 13th-14th centuries BC. The publication of the 2003-2004 results represents the first volume in a monograph series of the team’s continued systematic work at the site. Subsequent volumes will specifically target the Late Bronze Age levels and the Middle Bronze Age city. A separate volume on ceramics will present the relative sequences, technical analyses, and experimental procedures on pottery. Earlier references pertaining to Leonard Woolley’s operations, the excavation results and ongoing interpretations of these materials prior to the team’s new excavations are listed in the bibliography.