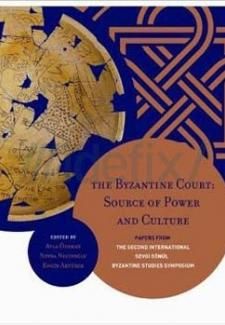 The designation of Istanbul by the European Union’s Council of Ministers as the European Capital of Culture for 2010 was instrumental in the decision to focus on Constantinople in the Second International Sevgi Gönül Byzantine Studies Symposium, which was held on 21–23 June 2010 at the Istanbul Archaeological Museum. The particular theme of the symposium, “The Byzantine Court: Source of Power and Culture,” was selected, on the other hand, in view of Constantinople’s essential role as Byzantine imperial capital soon after its foundation by the Roman Emperor Constantine the Great on 11 May 330. The aim of the symposium was to evaluate, from administrative, political, social, economic, and religious perspectives, the impact of the political power that spread out from the Great Palace and, as of the twelfth century, from the Blachernai Palace to the rest of the empire, and to investigate the reflections of this power in the cultural sphere.

Presented in this volume are thirty out of the forty papers delivered at the Second International Sevgi Gönül Byzantine Studies Symposium. The papers have been grouped under the following four section headings: “Byzantine Palace Architecture,” “The Byzantine Court as the Center of Imperial Power,” “Ceremonies at the Court and in the City,” and “Court Culture and Visual Arts.”