Store > Books > The Gates of Asia 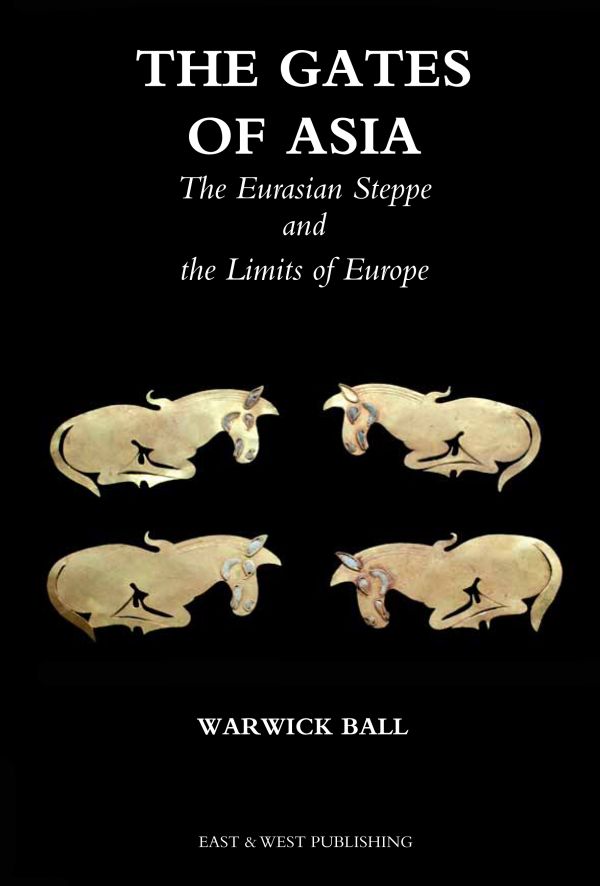 The Gates of Asia

The Eurasian Steppe and the Limits of Europe

By Warwick Ball
Published by East & West Publishing
Out of Print

The eastern limits of Europe are commonly set at the Ural Mountains. But the Urals are no Himalayas or even Alps: they are a low range of hills that has never acted as a barrier to ‘Asia’ or a limit to ‘Europe’, and throughout history communities on both sides have shared common identities and history. Without natural barriers, attempts have been made to impose artificial ones, most of which have been notable for their ultimate failure. The eastern grasslands of the great central Eurasian steppe stretch virtually unbroken from the Balkans through to Mongolia. Hence, the gates of Europe have been wide open to the movements of peoples since earliest antiquity – there is no boundary, along Europe’s longest ‘border’ with Asia.

This book traces the common history on either side, in particular how different peoples from the steppe formed a part of European identity, from the Scythians, Sarmatians and Huns to the Bulgars, Khazars and Mongols. Indeed, Europe’s largest nation, Russia, was formed from the fusion of Eurasian nomadic and European sedentary elements: for centuries the ethnic, religious and cultural domination of Eastern Europe as a whole and Russia in particular hung in the balance between Moscow and the Tatars: Russia might have become either Tatar and Muslim or Slavic and Orthodox. There was no historical inevitability that it became the latter, merely historical circumstance.

From legends of Amazons and the sword of Excalibur to the emergence of modern Europe’s super-power, the open steppe has continually shaped Europe’s destiny. The gates are still as wide open as they ever were. “Ball’s accessible style makes this book a joy to read. A good overview of a long period of time and a vast geographical area.” Current World Archaeology October/November 2015.

Warwick Ball is a Near Eastern archaeologist and author who has spent over twenty-five years carrying out excavations, architectural studies and monumental restoration throughout the Middle East and adjacent regions, Warwick is currently director of Eastern Approaches, a special-interest cultural tours company specialising in the East.