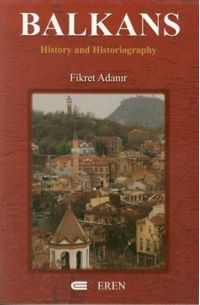 The eight articles and book chapters included in this volume were written in the course of several decades during which I worked, be it as graduate student, research assistant or professor of history, at the universities of Frankfurt am Main, Gießen, Berlin (Freie Universität) and Bochum. They address questions and issues related to the social, economic and political history of the Balkans under Ottoman rule in general and how they were answered or discussed in the framework of national historiographies in particular. Although some of the arguments propounded in these texts may seem today rather outdated or of little relevance to current discourses, there are others that might be considered as still valid. At any rate, I have been persuaded to publish these texts, not least in order to make them easily accessible to students in the field.

CONTENTS:
The Macedonian Question: The Socio-Economic Reality and Problems of Its Historiographic Interpretation
Land Tenure Relationships, 1878-1913
Urban Development in Macedonia under the Ottomans
The Razlovech Uprising of 1876
Tradition and Rural Change in Southeastern Europe During Ottoman Rule
Agriculture and Settlement at the Time of the Ottoman Conquest
The Classical Ottoman Land Regime
Rural Change During the Seventeenth Century
Export-Oriented Agriculture and the Ottoman Landholding
The Macedonians in the Ottoman Empire, 1878-1912
General Conditions
Social and Economic Conditions
Political System
The Millet System
The Secular Concept of Ottomanism
The Influence of the Great Powers
Macedonia and the Neighbouring Nation-States
The Young Turk Opposition
The National Movement and its Activists
History of the National Movement
The Church Question in Macedonia
Internal Macedonian Revolutionary Organization
The Ilinden Uprising of 1903
The Young Turk Revolution of 1908
The Balkan Wars of 1912-3 and the Partition of Macedonia
Formation of the National Elite
Organisational Structure, Channels of Communication and the National Elite
The Ottoman Government and the National Elite
State of Research
The National Question and the Development of Socialism: The Case of Ottoman Macedonia
Social and Economic Conditions in Ottoman Macedonia
The Emergence of the Macedonian Question
Socialists and the Macedonian Liberation Movement
The Attempted Uprising of 1895 and the Socialists
Socialist Polemic about Participation in the Macedonian Movement
The Macedonian Socialist Group
Anarchists in the Macedonian Revolutionary Movement Socialists and the Ilinden Uprising
Federalism, Socialism and the IMRO
The Young Turk Revolution and the Socialists
The Young Turk Programme of 1908
The Strike Movement of 1908 and the CUP
The Ottoman Peasantries, c. 1360 - c. 1860
Agriculture and Settlement in the Late Medieval Period
Peasantries in an Expanding Empire: The Fifteenth and Sixteenth Centuries Status and Taxation
Settlement, Agriculture, Population
Tax-Farmers, Brigands and Sharecroppers: Rural Life in the Seventeenth and Eighteenth Centuries
From Sipahi to Tax-Farmer
Çiftliks and Commercial Agriculture
Forms of Peasant Protest
Peasants and Petitioners
Haiduks and Klephts
Peasantries and Agriculture at the End of the Ottoman Ancien Régime: First Half of the Nineteenth Century
The Socio-political Environment of Balkan Nationalism: the Case of Ottoman Macedonia, 1856-1912
Historiographical Traditions
The Orthodox Church and Ottoman Legitimacy
The Cultural Isolation of Balkan Christians from Europe
The Paradigm of Ottoman Decline
Nationalist Challenge and Ottoman Response
The Ottoman State and the European State System
The Uprisings in Serbia and Greece 232 Ottomanism as State Nationalism
The Ottoman Constitution of 1876
Ottoman Macedonia and the Macedonian Question
Social and Economic Conditions
The Emergence of the Macedonian Question
Attitudes and Possible Solutions
The Bulgarian Cause
The Regime of Abdulhamid II
The Young Turks and the IMRO
Balkan Historiography Related to the Ottoman Empire since 1945
The Formation of a ‘Muslim’ Nation in Bosnia-Hercegovina: A Historiographic Discussion
Bosnian Muslims and South Slav nationalism
Bosnia under Ottoman rule: history-writing and nation-formation
Bosniaks – why did they embrace Islam?
Questions of ethnic origin – Muslim Slavs or ‘Turks’?