Store > Books > The Ottoman Mobilization of Manpower in the First World War: 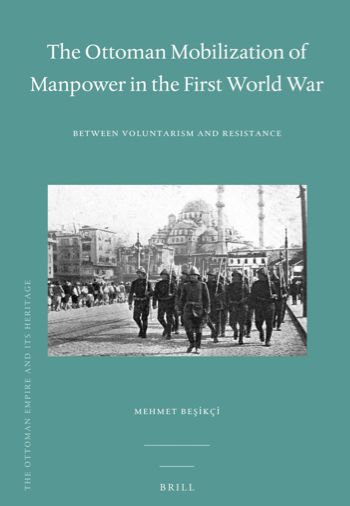 The Ottoman Mobilization of Manpower in the First World War:

Between Voluntarism and Resistance

Published by Brill
Buy from Amazon

The Ottoman Mobilization of Manpower in the First World War examines how the Ottoman Empire tried to cope with the challenges of permanent mobilization and how this process reshaped state-society relations in 1914–1918, focusing mainly on Anatolia and the Muslim population.

The Ottoman mobilization of manpower in the First World War – Review


This review was first published online by The University of New South wales, Canberra, Australia on July 16, 2014

The histories of the Ottoman military and war effort during the First World War have been neglected or underutilized by scholars for several decades – particularly the study of Ottoman soldiers. The lack of academic studies on basic issues and statistics is both frustrating and, at the same time, instrumental in frightening both scholars and enthusiasts from late Ottoman military history. Fortunately a young generation of scholars from different academic backgrounds has begun to produce good quality monographs and articles on various aspects of the Ottoman military and the First World War. Mehmet Beşıkcı’s book on Ottoman soldiers is a welcome and timely addition to this literature. Beşıkcı aims to reveal the mobilization experience of the empire during the First World War. His main argument is that the state’s increasing dependence on Ottoman citizens effectively created ‘new alliances – or something like a new social contract’. Furthermore, these new alliances ‘marginalized’ other social groups, namely non-Muslims, who were either against mobilization or not cooperative enough. According to him wartime collaboration and resistance to personal mobilization played important roles in shaping ‘the social infrastructure of Republican Turkey’ (p. 2). Instead of covering the whole empire and all social groups, Beşıkcı limits his study to Anatolia and focuses on the area’s Muslim population. Although he covers some issues relevant to non-Muslims (like labour battalions), this is a serious limitation and readers interested in understanding the collaboration and resistance of Arabs, Armenians, Greeks and Assyrians will be left unsatisﬁed. For the full review….