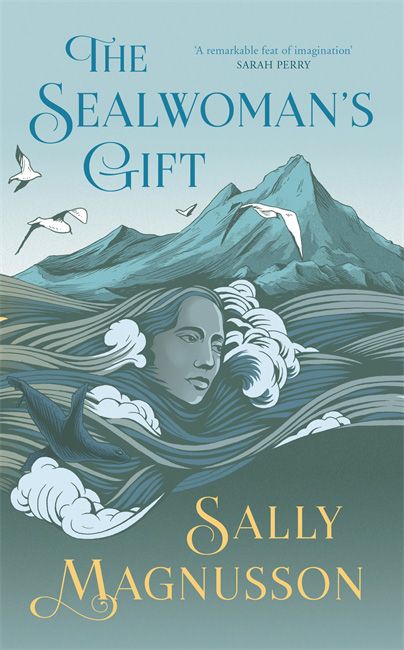 Published by Hodder & Stoughton
Sorry, this item is currently unavailable from Cornucopia.

‘Moving, accomplished ... Richly imagined and energetically told, The Sealwoman's Gift is a powerful tale of loss and endurance.’
Sunday Times

In 1627 Barbary pirates raided the coast of Iceland and abducted some 400 of its people, including 250 from a tiny island off the mainland. Among the captives sold into slavery in Algiers were the island pastor, his wife and their three children. Although the raid itself is well documented, little is known about what happened to the women and children afterwards. It was a time when women everywhere were largely silent.

In this brilliant reimagining, Sally Magnusson gives a voice to Ásta, the pastor’s wife. Enslaved in an alien Arab culture Ásta meets the loss of both her freedom and her children with the one thing she has brought from home: the stories in her head. Steeped in the sagas and folk tales of her northern homeland, she finds herself experiencing not just the separations and agonies of captivity, but the reassessments that come in any age when intelligent eyes are opened to other lives, other cultures and other kinds of loving.

The Sealwoman’s Gift is about the eternal power of storytelling to help us survive. The novel is full of stories - Icelandic ones told to fend off a slave-owner’s advances, Arabian ones to help an old man die. And there are others, too: the stories we tell ourselves to protect our minds from what cannot otherwise be borne, the stories we need to make us happy.

Broadcaster and journalist Sally Magnusson has written 10 books, most famously, her Sunday Times bestseller, Where Memories Go (2014) about her mother’s dementia. Half-Icelandic, half Scottish (her father was the journalist and television presenter Magnus Magnusson, her mother the journalist Mamie Baird), Sally has inherited a rich storytelling tradition. The Sealwoman’s Gift is her first novel.

Sorry, this item is currently unavailable from Cornucopia.