Store > Books > The Young Turks and the Boycott Movement 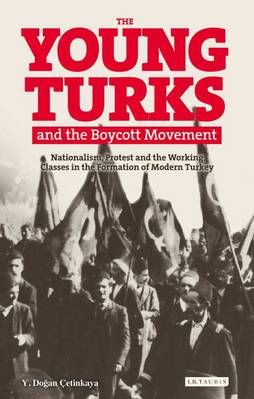 The Young Turks and the Boycott Movement

Nationalism, Protest and the Working Classes in the Formation of Modern Turkey

The first decade of the twentieth century was the Ottoman Empire’s ‘imperial twilight’. As the Empire fell away however, the beginnings of a young, vibrant and radical Turkish nationalism took root in Anatolia. The summer of 1908 saw a group known as the Young Turks attempt to revitalise Turkey with a constitutional revolution aimed at reducing the power of the Ottoman Sultan, Abdulhammid II- who was seen to preside over the Ottoman Empire’s decline. Drawing on popular support for the defence of the Ottoman Empire’s Balkan territories in particular, the Young Turks promised to build a nation from the people up, rather than from the top down. Here, Y. Dogan Cetinkaya analyses the history of the Boycott Movement, a series of nationwide public meetings and protests which enshrined the Turkish democractic voice. He argues that the 1908 revolution the Young Turks engendered was in fact a crucial link in the wave of constitutional revolutions at the beginning of the twentieth century – in Russia (1905), Iran (1906), Mexico (1910) and China (1911) and as such should be studied in the context of the wider rise of democratic nationalism across the world.

The Young Turks and the Boycott Movement is the first history to show how this phenomenon laid the foundations for the modern Turkish state and will be essential reading for students and scholars of the Ottoman Empire and of the history of Modern Turkey.