Store > Books > Travel and Artisans in the Ottoman Empire 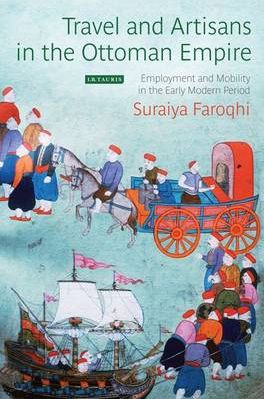 Travel and Artisans in the Ottoman Empire

Employment and Mobility in the Early Modern Era

It has often been assumed that the subjects of the Ottoman sultans were unable to travel beyond their localities – since peasants needed the permission of their local administrators before they could leave their villages. According to this view, only soldiers and members of the governing elite would have been free to travel. However, Suraiya Faroqhi’s extensive archival research shows that this was not the case; pious men from all walks of life went on pilgrimage to Mecca, slaves fled from their masters and craftspeople travelled in search of work. Most travellers in the Ottoman era headed for Istanbul in search of better prospects and even in peacetime the Ottoman administration recruited artisans to repair fortresses and sent them far away from their home towns. In this book, Suraiya Faroqhi provides a revisionist study of those artisans who chose – or were obliged – to travel and those who stayed predominantly in their home localities. She considers the occasions and conditions which triggered travel among the artisans, and the knowledge that they had of the capital as a spatial entity.

She shows that even those craftsmen who did not travel extensively had some level of mobility and that the Ottoman sultans and viziers, who spent so much effort in attempting to control the movements of their subjects, could often only do so within very narrow limits. Challenging existing historiography and providing an important new revisionist perspective, this book will be essential reading for students and scholars of Ottoman history.