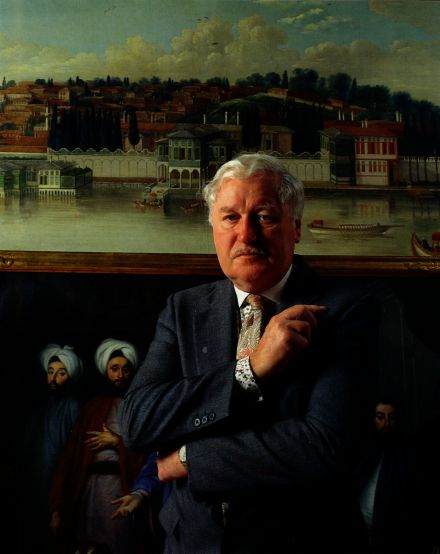 After graduating from the Royal College of Art in 1951, John Carswell worked as an archaeological draughtsman for Kathleen Kenyon at Jericho, and other sites in Greece and Turkey. In 1956 he joined the Department of Fine Art at the American University of Beirut. In 1976 he was a Visiting Professor at SOAS, and two years later appointed Curator of the Oriental Institute at the University of Chicago, and ultimately Director of the University’s David and Alfred Smart Museum. In 1988 he returned to London as Director of the Islamic and South Asian Department at Sotheby’s. Since 1988 he has lived in Spain.

He is currently a professorial research associate at the School of Oriental and African Studies in London. His work is currently concerned with relations between the Pacific and the Mediterranean, through the export of Chinese ceramics and the reciprocal exchange of material from Western Asia by both land and sea. He is also interested in contemporary art and architecture throughout Asia and the interaction of Asian and Western culture from the medieval period onwards.