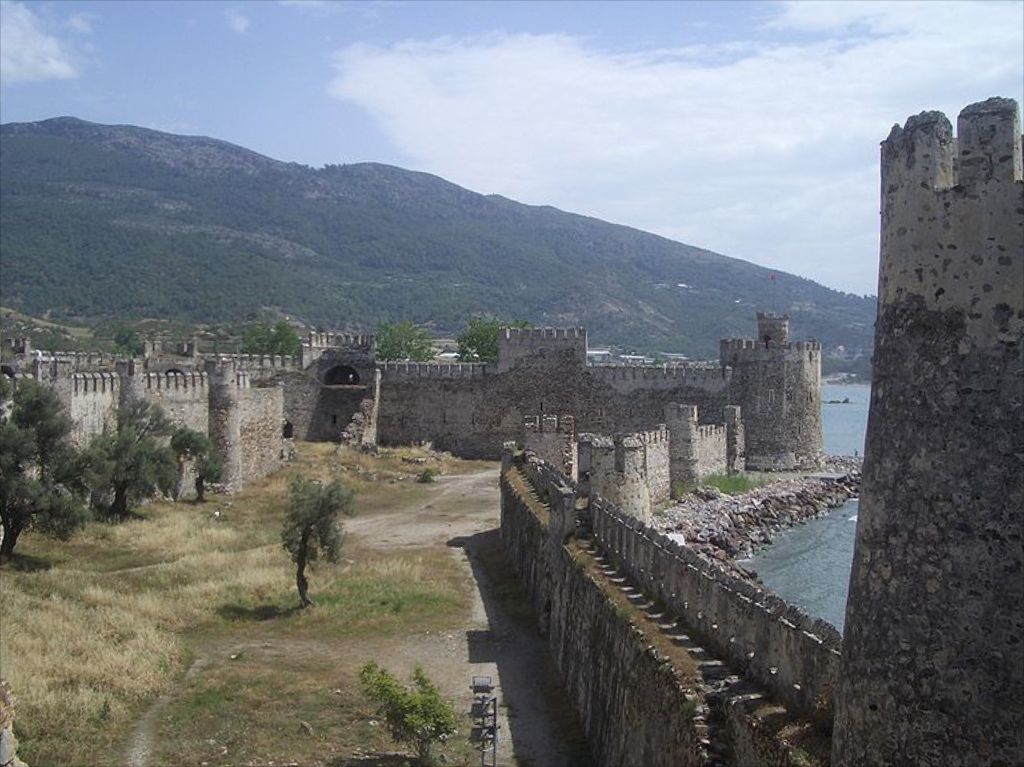 Anamur is the most southerly place in Anatolia, and winding roads keep many tourists away. It dates from Hittite and Phoenician times, and classical ruins are strewn about its shore. The region's flora is explored by Martyn Ryx in Cornucopia 29, "Just outside Anamur are the remains of Anamurium, a well-preserved Phoenician, Roman and Byzantine city," he writes. "As at many Turkish ruins, the lack of grazing produces a rich cover of annual peas, vetches and clovers, and the walls have been colonised by cliff plants. The golden henbane, Hyoscyamus aureus, hung down in clammy clumps, and Michauxia campanuloides emerged from between the stones." On the remains of the bathhouses is a sign in Latin welcoming bathers and telling them to ‘have a good bath’.

On the east side is Mamure Castle, one of the finest in Turkey. A great bulwark by the sea surrounded by a moat, it resembles some of the "ancient castles of Great Britain," according to Francis Beaufort who surveyed the coast in 1812 (see Cornucopia 27). Dating from Roman times, Mamure served Byzantines, Crusaders and Ottomans, and was in use until 1921. Its 39 towers are intact. Expanded by the Karamanids in the 16th century with a mosque that is still in use, the castle is now a Unesco World Heritage Site.

Anamur’s hot climate allows bananas and other tropical fruits to grow here, and it is also renowned for its strawberries. In Cornucopia 45, Berrin Torolsan praises Turkey's wild strawberries.