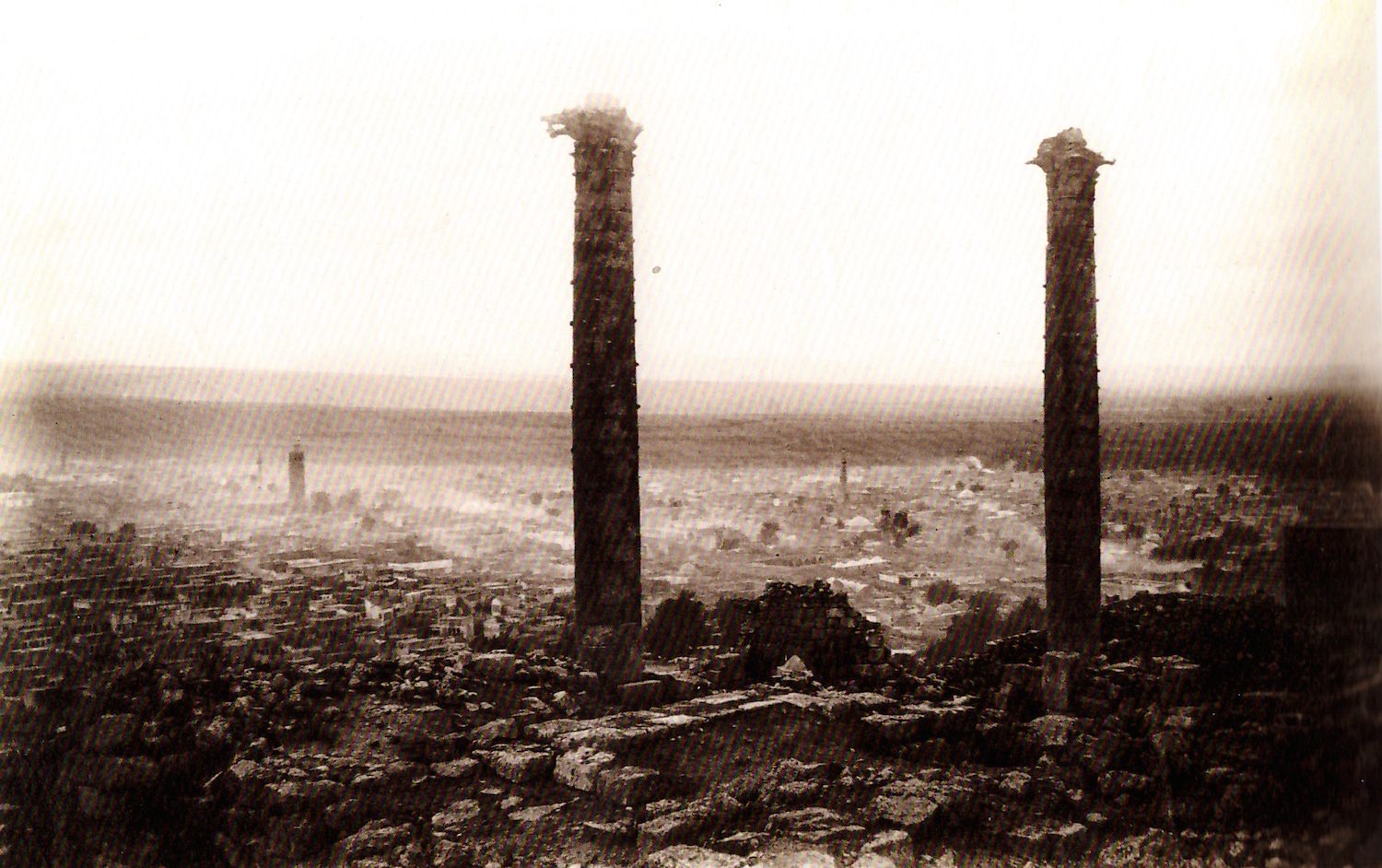 Usually called simply Urfa, Şanlıurfa was given its prefix in recognition of its resistance to French attempts to incorporate it into Syria after World War I. (A Liberation Museum is housed in Mahmud Nedim Mansion House, built in 1903.) The city is celebrated as the birthplace of Abraham, and today walkers can discover the Abraham Path, with itineraries from one to 10 days. In antiquity it was named Edessa by Macedonian veterans after their native province when they were settled here by Seleucus I. At its centre is Nimrod’s Throne, an acropolis with wide ranging views that rises in the centre of the city. Its sturdy walls date from the 9th century. Two stone columns represent the slingshot from which Abraham was supposedly catapulted by King Nimrod onto a burning pyre of faggots – but when he landed the fire turned to water, the faggots to carp. Today this Pool of Sacred Fish (Balıklıgöl) stretches beside the Great Mosque complex where Abraham’s cave is accessed through a courtyard. The Mosque was built in 1170 on the sight of a church. The atmospheric bazaar is near the fish pool, and the town’s archaeological museum has many items of interest from this ancient region, going back 11,500 years and including the statue of Balikgol from Göbekli Tepe, claimed to be the oldest statue in the world. Urfa was known for its translations of scientific works of antiquity, which would later be translated back into the West after the region’s conquest by Byzantium. It became the first Crusader state in the Middle East as the County of Edessa.

More recntly, the city has become associated with the many Syrian refugees who have added to the province's 1.8 million population, which has a mix of Turkish and Arabic, giving it a Middle Eastern flavour. Its economy has benefitted from GAP, the Southeast Anatolia irrigation project.

The excavations at Göbekli Tepe lie a dozen kilometres north of the city. Harran, the ancient town of beehive-shaped houses is 50km to the south. Harran was photographed by John Henry Hanyes in 1884, and the picture appears in John Henry Haynes: A Photographer and Archaeologist in the Ottoman Empire 1881–1890 oppposite one of Sanfiurla taken at the same time, with Nimrud's Throne -- two Roman columns – in the foreground.

• Şanlıurfa is 720 km, a five-hour drive, east of Ankara. Şanlıurfa GAP-Güney Anadolu Projesi Airport has regular flights to Ankara and Istanbul. The town is well served by bus routes.

Şanlıurfa is 720 km, a five-hour drive, east of Ankara. Şanlıurfa GAP-Güney Anadolu Projesi Airport has regular flights to Ankara and Istanbul. The town is well served by bus routes.