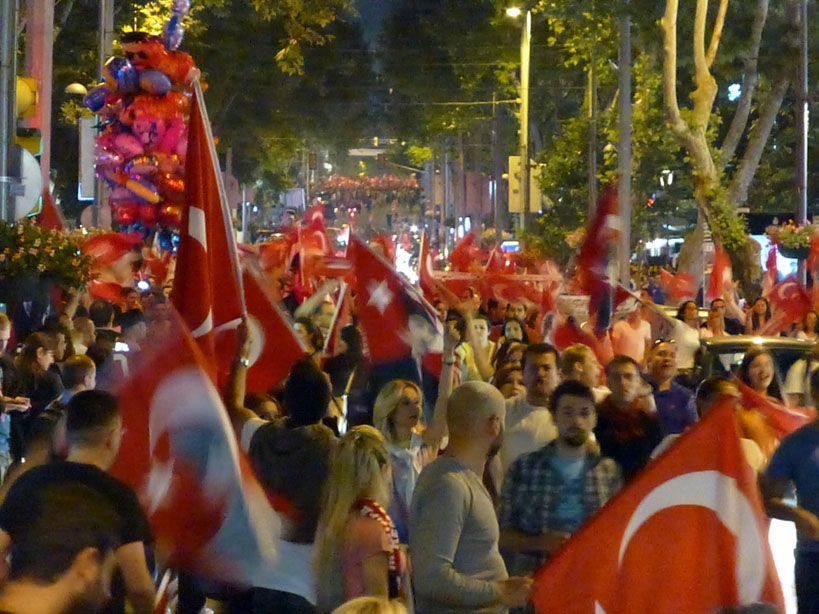 Fourteen kilometres of boulevard lined with Istanbul's most affluent quarters stetch along the southern shore of the Sea of Marmara. Ironically, since it is in Asia, this is Istanbul at its most European. Shops galore, a coast road with mile upon mile of park lining the seaside, and beautiful views out the to Princes Islands (and a quick exit to the Princes Islands from Bostancı at the far end).

In 2013, the area was vociferous in its support of the Gezi movement and memorably marched en masse across the Fatih Bridge at dawn before the authorities could act to stop them. If time is short, Caddebostan, Göztepe and Erenköy are the quarters to aim for. Not all of Bağdat Caddesi is smart, so a 14km promenade would be frankly rather depressing. The area between Bağdat Caddesi and the sea was one of the most desirable places to live in the world – the area once had the best tram network anywhere. Sadly, skyscrapers are sprouting, but the grids of narrow lanes are still leafy and quiet. It is all rather civilised and many a prominant businessman in Istanbul will share tales of childhoods in Erenköy.

Boat to Kadıköy and dolmuş/taxi, or seabus to Bostancı (from Kabataş and Kadıköy).

For a long seaside spin, hire a bike on the promenade. Bağdat Caddesi is one way (back towards Kadıköy), the coast road the other.