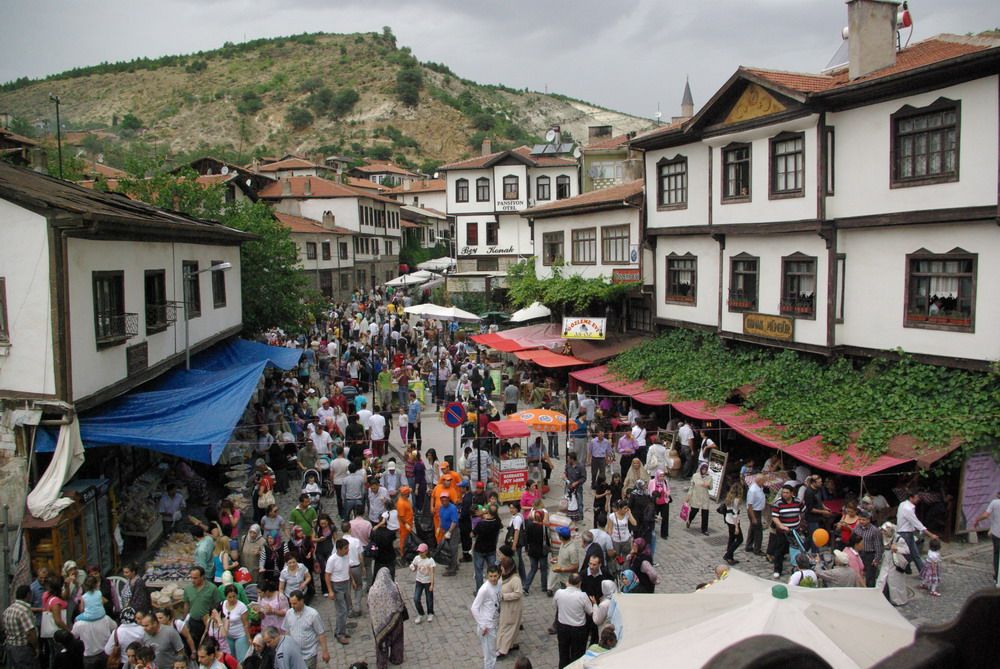 A popular day out from Ankara, Beypazarı appeals to both the eye and the stomach. Its mineral water is well known and a number of local dishes can be sampled in shops and restaurants in well maintained Ottoman houses. Local crafts include Telkari silver and gold embroidery, and in June visitors come for the Historic Houses, Crafts, Carots and Stew Festival, for this is also Turkey's main carrot-growing region. As Berrin Torolsan points out in her cookery article in Cornucopia 38, the golden tubor has a long history in Anatolia, and is perhaps the gene pool for the whole of Asia and Europe.
On the trade route between Istanbul and Bagdad, Beypazarı's origins date from the Hittites, and it was an important Ottoman military base. Overlooked by Hıdırlık Hill, the town tucks into the hump-bank folds of the surrounding landscape. Lining cobbled streets are some 3,000 white Ottoman houses in a virtual open-air museum of 18th–19th-century architecture, which has proved useful as a backdrop for period films. Typically they are of two–three floors and traditionally the upper part (the qanti) was left untreated, to show that the resident is not yet finished with his life. A number of them are now hotels. The Suluhan Caravansaray in the bazaar was built in 1612 and there are two13th-century Seljuk mosques. Finds from successive civilisations are kept in the culture museum in a former Ottoman mansion.

The countryside around Beypazarı attracts walkers and picnickers, and among many pleasant nearby rural spots is Inözü canyon, source of the mineral water, with rock-carved churches.