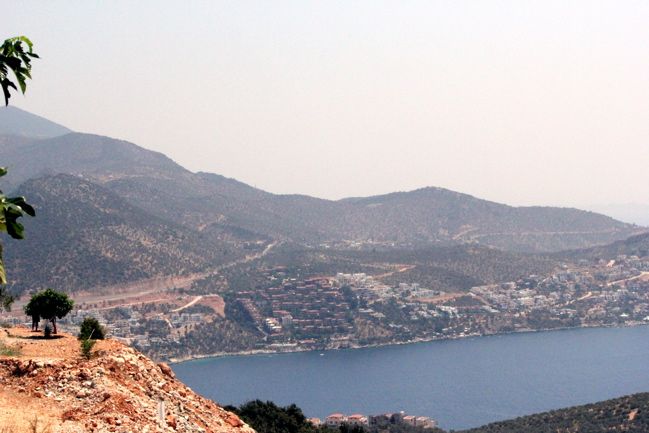 Kaş’ location at the foot of a mountain range provides stunning views and dramatic scenery. The lowland areas of this charming former fishing village are covered with flowers in dizzying arrays of pink and magenta, while the hillsides produce honey and almonds. Kaş was founded by the Lycians, and the presence of one of the richest Lycian necropolises demonstrated its importance as a member of the Lycian League. The ancient Greeks gave it the name Antiphéllos or Antíphilos, as it was the harbour in front of the city of Phellos. During the Roman period it was famous for exporting sponges and timbre. After AD395 it became part of the Byzantine Empire and during the early Middle Ages it was a bishop’s see. Constantly threatened by Arab raids, it eventually came under the Seljuk sultanate of Rum (who called it Andifli). After the demise of the Seljuks came the Ottomans. In 1923, as part of the post-war exchange of populations between Greece and Turkey, the majority of the population, which was of Greek origin, left Kaş for their homeland. Abandoned Greek houses, with their blue and white façades, still pepper the villages. Remnants of a Hellenistic theatre and pensions with their names written in a style reminiscent of the Greek alphabet remind us of the town’s history.

The nearest airport is Dalaman which is 149 km away (2 hours and 15 minutes by car). Antalya airport is the second closest and is 203 km away (3 and half hours by car). A number of bus companies (Pammukale, for example) depart to Dalaman airport a few times a day. Alternatively, you can catch a hotel shuttle or a taxi. Most hotels offer airport transfers for an extra charge.