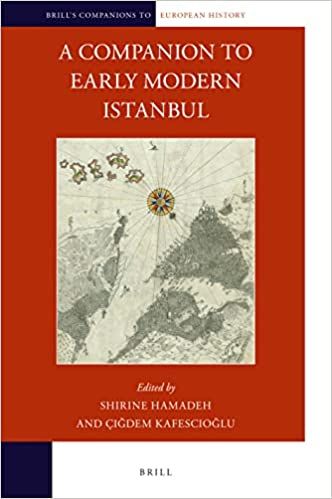 A Companion to Early Modern Istanbul

This multi-disciplinary volume is the first collective effort to explore Istanbul, capital of the vast polyglot, multiethnic, and multireligious Ottoman empire and home to one of the world’s largest and most diverse urban populations, as an early modern metropolis.

It assembles topics seldom treated together and embraces novel subjects and fresh approaches to older debates. Contributors crisscross the socioeconomic, political, cultural, environmental, and spatial, to examine the myriad human and non-human actors, local and global, that shaped the city into one of the key sites of early modern urbanity.

Shirine Hamadeh, Ph.D. (1999), Massachusetts Institute of Technology, is Associate Professor in the Department of Archaeology and the History of Art at Koç University. She works on the architecture and urban culture of early modern Istanbul and is the author of The City’s Pleasures: Istanbul in the Eighteenth Century.

Çiğdem Kafescioğlu, Ph.D. (1996), Harvard University, is Professor in the History Department at Boğaziçi University. She works on the visual, urban, and architectural culture of the early modern Ottoman world and is the author of Constantinopolis/Istanbul: Cultural Encounter, Imperial Vision and the Construction of the Ottoman Capital.