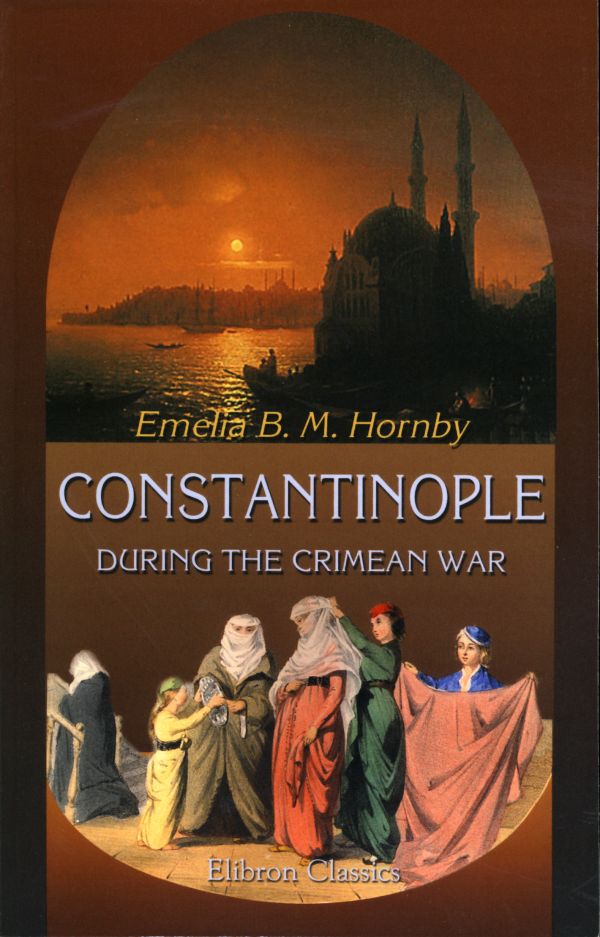 Constantinople during the Crimean War

There are certain books one falls in love with at first reading. This, for me, is one of them. No one in my entire life has ever written me a letter which begins to compare with the pen pictures Emelia Hornby painted for her lucky relatives. Quite why this book ever fell into obscurity is hard to understand, and it is equally puzzling that such an accomplished writer, whose descriptions glow with life and colour, never wrote anything else.

In August 1855 Lady Hornby set off by steamer from Calais to accompany her husband, Sir Edmund, who had been appointed British financial commissioner in Turkey and whose job was to help organise an English loan to the Ottoman government. Constantinople During the Crimean War is composed of letters she wrote home to relatives during her thirteen months in the country. Lady Hornby has the knack – rather like another Victorian, the parson and diarist of genius, Richard Kilvert – of making you feel that you are standing beside her, seeing, hearing, even smelling the same things. There is a cast of thousands, for no one is too grand or too unimportant to escape her attention. Her garden, her servant girls, the ladies of Istanbul, Turks, Greeks, Armenians and diplomats, Florence Nightingale, Sir Stratford Canning, the Grand Vizir, the Kapudan Pasha (high admiral), the Serasker (commander-in-chief) and Sultan Abdülmecid – all come under her gaze. If you want to know what it was like to celebrate Christmas in Istanbul in 1855, this is the book to turn to.

Emelia Hornby was an amazingly acute observer of human beings and almost totally free of malice. She liked most, though not all, of the people she met in the Ottoman Empire, despite an upbringing in which she had been fed stories of the cruelties of the Turks at the massacre on Chios. Her only dark moments are occasional passing awkwardnesses over money, bribes and corruption – her husband, remember, was a financial official.

The Crimean alliance, in which Britain, France and Turkey went to war to stop the expansion of Imperial Russia, had transformed the terms on which Westerners moved in Ottoman society, but in 1855 easy social exchanges between Ottoman Turks and western Europeans were still relatively novel. Officials did not always know quite how to react to the presence of an English lady, but she took it in good spirits.

And of course she visited the harems of great Turkish houses. “Our conductor stopped on the third and last floor, which is always the principal in Turkish houses, on account of the view. He lifted up the crimson arras and with a hideous grin invited us to enter. [My companions] who are both very new arrivals in Constantinople, were rather nervous and begged me to go in first. I had seen how sweetly gentle and kind the Turkish women are, and lifted up the charmed curtain with much more confidence and pleasure than I should have entered an assembly of Englishwomen. I shall not easily forget the sight which presented itself. We were in the midst of a vast apartment with a lofty, domelike roof, carved with gigantic wreaths of flowers and pomegranates. An immense staircase was on the other side, lighted by a window which reached from roof to floor.” And so it goes on, until she has gazed across their home’s Bosphorus view, has met the first lady of the house and is sitting with the pasha’s beautiful Circassian second wife, as the two Ottoman ladies debate whether to offer Lady Hornby and her friends a whiff on their nargile. But instead they are given coffee from golden cups.

There are a lot of very good nineteenth-century books on Istanbul and Turkey, most of them far better than anything the twentieth century managed to produce, but it tends to be their accounts of people and events, rather than places, that make them interesting. The descriptions of landscapes, buildings and monuments generally pall, because sightseeing then was not so very different from what it is now. Lady Hornby’s descriptions of Istanbul in the mid-1850s are a shining exception.

She even manages to make the weather sound interesting. As she says farewell to the reader in February 1858, icy storms lash her house at Ortaköy. Part of the Golden Horn is frozen over and wolves have killed a poor charcoal-burner in a nearby village. As for Emelia Hornby, she is writing in the children’s room because her drawing room is full of smoke from the green wood in the fireplace. Her children are making a “great noise” as they play with their father’s two spaniels, driven indoors by the snow on their kennels.

This book can be read as sheer entertainment or as a marvellously detailed historical document. Lady Hornby is less of a bluestocking than Lady Mary Wortley Montagu, the eighteenth-century ambassador’s wife whose letters from Turkey have been classics since they were first published, but she certainly should never have been forgotten. One can only congratulate Elibron, a US publisher specialising in low-cost reprints of Victorian classics, for rescuing it from oblivion and making it available in a facsimile reprint at such an acceptable price. If you want to buy a copy of the original edition of 1863, be prepared to fork out between £500 and £1,400 – though for that you will also get some very engaging mid-Victorian illustrations by Lady Hornby’s friend, Mary Walker. One hopes that during any Crimean War anniversary celebrations Emelia Hornby will be given the revival she deserves. In the meantime, this book is a feast.