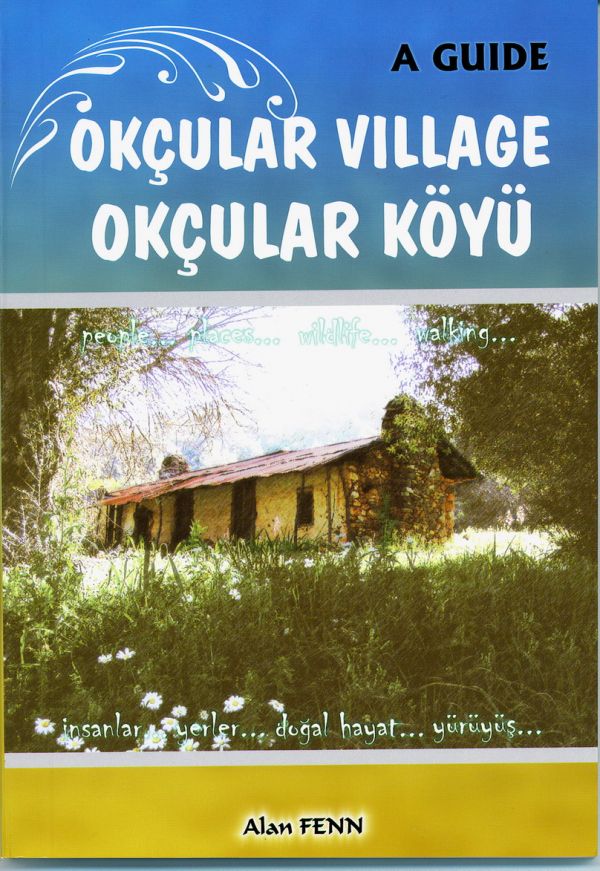 Published by The Okçular Book Project

A window onto a remarkable village, living happily out of the limelight that bathes Dalyan, its more famous neighbour on Turkey’s Mediterranean coast. Okçular is at the heart of one of the most important and biodiverse bits of countryside in Turkey, an untrammelled paradise, but to remain so it had to win a landmark battle not to be turned into a quarry and cement factory. This is an extraordinarily touching book, in Turkish and English, and very much a village production, full of firsthand village stories. The story is a rare and heart-warming one in Turkey these days in which nature and commonsense win the day over destructive commercial interest, a beacon for others in the same predicament all over Turkey.

The village of Dalyan, on a reedy lagoon between Köyceğiz Lake and the Mediterranean, may have become a noisy, brash little resort, but it is no newcomer to environmental campaigns. This book starts with a tribute to one famous local, ‘Kaptan’ Jane Haimoff, who sparked the ultimately successful nationwide campaign to preserve the Irztuzu Beach, breeding ground of the endangered Mediterranean Loggerhead turtle.

Less known is a neighbouring village’s equally triumphant campaign to preserve the Kocadere gorge. Okçular is Dalyan’s more innocent, inland neighbour. It stands on the once-malarial alluvial plain formed by the Dalaman River before an earthquake changed its course. In the 1960s, the villagers rolled up their sleeves and, ‘using whatever tools and materials they had to hand and their own skills and muscle power’, dug drainage canals across the plain, and malaria became a thing of the past. Of good nomadic yörük stock, that is the sort of village Okçular is: ‘its people are true Salt of the Earth’.

To the north of the village rise the snow-covered peaks of Sandras and Çal Dağ. To the south is a much smaller, but no less beautiful mountain, Kösten Dağı, and the Kocadere gorge, carpeted in spring in cyclamens, anenomes and orchids.

If you were a developer faced with an old gorge untouched by herbicides, what would you do? Make a quarry, naturally, with a cement factory alongside. Which is precisely what was going to happen to the Kocadere gorge. In went the road for the cement-mixers.

But the developer had not taken into account the villagers of Okçular or the endangered yellow-flowering Alkanna mughlae (shown left). A photograph put online by the botanist and author Paul Hope set alarm bells ringing among botanists in Ankara. And there was more to come. The gorge turned out to be a corner of astonishing biodiversity. Questions were raised in the highest places. The project was squashed.

But Alan Fenn’s book is not about the campaign he and his wife did so much for. It is about the village they fell in love with. It tells its history, introduces its senior citizens, in their own words, and it offers six splendid, practical walks on Kösten Dağı with accurate maps, and a chapter on the astonishing flora and fauna, including its 23 species of dragonfly and its equally endangered salamander. Throughout, there is good sprinkling of photographs, though one does wish for captions – maybe they could be added in the next edition. On the other hand, you can find all the information you need from the authors’ website, archersofokcular.com.

And all in the best of causes. Proceeds from sales of the book go to community and environmental projects – how to put right the ghastly developer’s road, getting the school painted with murals, creating gardens, providing an outdoor board for the school chess club, and so.

And the thing is, don’t just read it. Do it. ‘A good starting point for exploring the area is the Ley Ley Restaurant on the Ortaca–Dalyan road,’ writes Fenn in his introduction. It is ‘also the perfect finishing place as the meals there are excellent and very reasonably priced.’