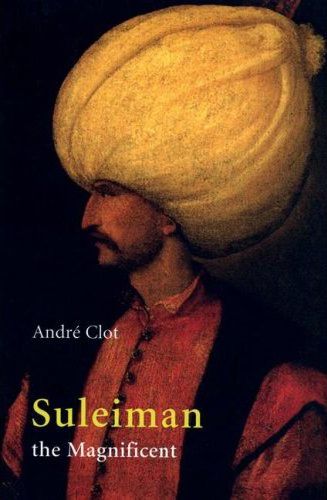 
Published by Saqi Books
Out of Print

Suleiman the Magnificent, the most extraordinary of all Ottoman sultans, led his army as far as the gates of Vienna, made himself master of the Mediterranean, and established his court in Baghdad. He regarded it as his duty to extend the boundaries of Islam farther and farther, and the Christian world could not agree to unite against him: Charles the Fifth was forced to sign the humiliating Treaty of Constantinople, while His Most Christian Majesty Francis the First allied himself with the Grand Turk.

‘The Shadow of God on Earth’, Suleiman ruled the state firmly with the help of his viziers. His empire spread over three continents, populated by more than 30,000,000 inhabitants, among whom nearly all of the races and religions of mankind represented. There was no hereditary nobility. The government administration, remarkably organised, was completely in the hands of the Christians who had converted to Islam, and the elite of that group, having been given honours and wealth, were the sultan’s devoted slaves, faithful unto death.

Prospering under a well-directed, authoritarian economy, Suleiman’s reign marked the apogee of Ottoman power. City and country alike experienced unprecedented economic and demographic growth. Istanbul was the largest city in the world, enjoying a remarkable renaissance of arts and letters, a mighty capital, the seat of the Seraglio and dark intrigue.