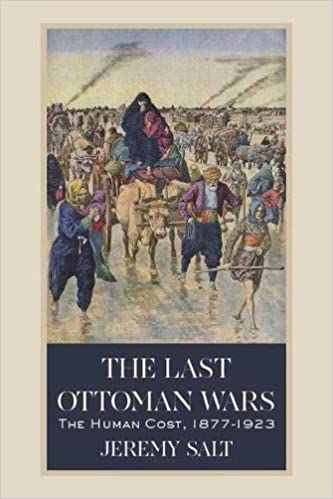 Published by The University of Utah Press
Sorry, this item is currently unavailable from Cornucopia.

During the last half century of its existence, the Ottoman Empire and the lands around its borders were places of constant political turmoil and unceasing military action. The enormous costs of war were paid not only by politicians and soldiers, but by the Ottoman civilian population as well. This book examines the hardships that ordinary people, Muslim and Christian alike, endured during decades of warfare. Jeremy Salt brings to the surface previously ignored facts that disrupt the conventional narrative of an ethno-religious division between Muslim perpetrators and Christian victims of violence. Salt shows instead that all major ethno-religious groups-including Armenians, Turks, Kurds, and Greeks were guilty of violent acts. The result is a more balanced picture of European involvement in the Ottoman Empire and the Balkans, one that highlights the destructive role of British Prime Minister David Lloyd George and other European leaders grabbing for Ottoman resources up to the end of World War I. The effects of these events are felt to the present day. This extraordinary story centres not on military campaigns but on ordinary civilians whose lives were disrupted and in many cases destroyed by events over which they had no control. Disease, malnutrition, massacre and inter-communal fighting killed millions of people during the First World War alone. Until now this epic saga of human suffering has remained a story largely untold.