Store > Books > The Romance of Ruins 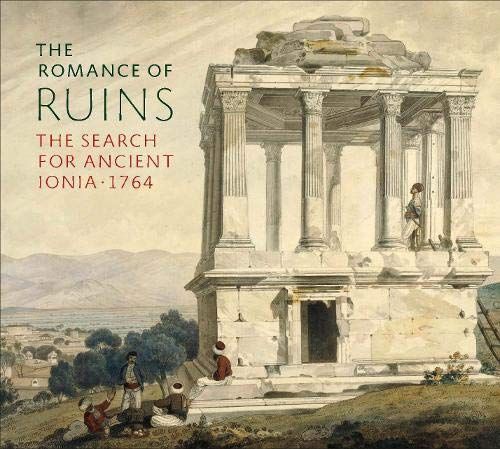 The Romance of Ruins

The Romance of Ruins was published to accompany the exhibition of the same name at Sir John Soane’s Museum, March-May 2021. The catalogue focuses on a series of highly finished watercolours by the brilliant young artist William Pars. These were based on sketches and drawings made on the spot during the Society of Dilettanti’s 1764 expedition to Ionia. These beautiful images from the collections of the British Museum represent Enlightenment themes of travel and discovery. They are powerful and poetic, embodying often melancholy reflections on the passing of the great age of antiquity and the reduction of its great monuments. They capture the spirit of Edward Gibbon’s reflection on the fall of civilisations and in so doing they portray the romance of ruins.

The 1764 expedition visited the ancient Greek cities that were founded on the coast of Western Anatolia (modern Turkey). This region was known to the ancients as Ionia and was part of the Greek world from the 8th century BC. Although ruined in antiquity the beauty and fame of the Ionian cities lived on in the writings of the ancient commentators such as Herodotus and Strabo. The images record the classical ruins encountered on the expedition and also the living landscape - its flora and fauna, and the customs, manners and dress of the people. They illustrate, with remarkable precision, the published diary account of the expedition by the antiquary Richard Chandler. The book also includes the Society of Dilettanti’s published volumes featuring accounts of the expedition from the collection of Sir John Soane’s Museum.

The book includes a full catalogue of all of Pars’s surviving watercolours which relate to the 1764 expedition including works not displayed in the exhibition. Each catalogue entry includes extracts from Richard Chandler’s lyrical diary account of visiting and recording the sites as well as a summary of modern scholarship.

The book also includes an introduction by Ian Jenkins and a series of essays by eminent scholars setting the expedition in context: Lesley J. Fitton and Kim Sloan of the British Museum, Alastair Blanshard, Professor of Classics at the University of Queensland, Jason M. Kelley, Professor of History at the Indiana University School of Liberal Arts and Robert Pitt of the British School at Athens.