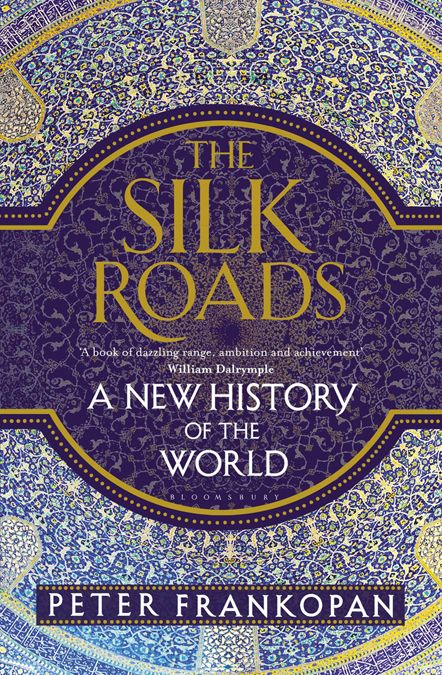 A New History of the World

By Peter Frankopan
Published by Bloomsbury Publishing
Sorry, this item is currently unavailable from Cornucopia.

The sun is setting on the Western world. Slowly but surely, the direction in which the world spins has reversed: where for the last five centuries the globe turned westwards on its axis, it now turns to the east…

For centuries, fame and fortune were to be found in the west – in the New World of the Americas. Today, it is the east which calls out to those in search of riches and adventure. Sweeping right across Central Asia and deep into China and India, a region that once took centre stage is again rising to dominate global politics, commerce and culture.

A major reassessment of world history, The Silk Roads is a dazzling exploration of the forces that have driven the rise and fall of empires, determined the flow of ideas and goods and are now heralding a new dawn in international affairs.

Reviews for The Silk Roads

“A book of dazzling range, ambition and achievement” – William Dalrymple,

“Many books have been written which claim to be “A New History of the World”. This one fully deserves the title…It is difficult, in a short review, to do justice to a book so ambitious, so detailed and so fascinating as this one” – Gerald DeGroot, The Times

“A book that roves as widely as the geography it describes, encompassing worlds as far removed as those of Herodotus and Saddam Hussein, Hammurabi and Hitler…It is a tribute to Frankopan’s scholarship and mastery of sources in multiple languages that he is as sure-footed on the ancient world as he is on the medieval and modern” – Justin Marozzi, The Sunday Times