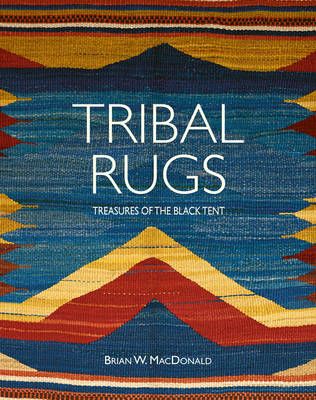 Treasures of the Black Tent

Dedicated to one of the most ancient crafts of the world, this book leads its reader through the history of the tribal rug from the Near East and Central Asia. With a base in the Cotswolds, the author has been dealing in antique and old tribal rugs, dowry weavings and decorative carpets since 1979. The book includes the oldest complete rug in the world, dating from the fifth century BC, to the weavings of the nomadic peoples of Iran, Afghanistan, Turkey, the Caucasus and Central Asia, from the 19th Century to the present day. Each chapter introduces a different group of tribes, illustrating the rugs, carpets, kilims and utilitarian bags attributed to their weavers. The book is both a celebration of the woven legacy left by the tribe, and a tribute to the skill and artistry of the women who created them. Its stated aim is to provide an introduction for the novice, and entice the more knowledgeable to further study.