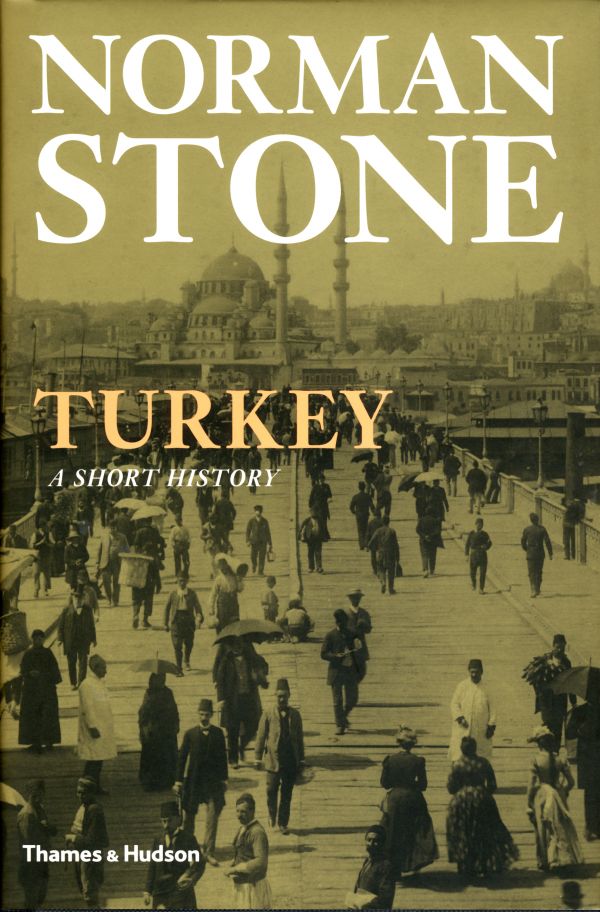 A nation’s history is a grand and solemn thing, and the danger is that it will be borne to the national catafalque to the sound of bugles and the broken two-step. Widows snuffle into their shawls, greybeards shake their heads, while the eyes of the young shine with memories of bright victories and defeats. Someone, in conclusion, may intone, “And so…” or merely, “Whither next?”

This is not at all how Norman Stone approaches the history of Turkey, which has certainly had its share of artful drapes and slow marches. Instead he sees it as something of a lively debate, in which even taxi drivers nowadays participate. There is an Islamic party behaving by the rules, like European Christian Democrats, overseeing a vibrant and expanding mixed economy, and if it isn’t quite Luxembourg it certainly isn’t Iran either. Why not? Some of those new EU countries lack its heft, and much of its charm. So solemnity is all very well, but we do better to ask questions and figure out how the contraption works.

Stone has six questions to ask of Turkish history, which take us back to the very earliest movements of the Turkish tribes. From the beginning, Turkish ventures tended to be successful, as they muscled their way off the steppe and into the grander purlieus of the Middle East, learning all the way. First came Islam, and then – as they came up against the Byzantines – the Turks learnt statecraft. Finally they took over the moribund Greek empire and made it work. Under Selim the Grim they aimed higher yet, and achieved world empire. Then something went wrong in the Mediterranean and the parties concerned retreated into mysticism; the Ottomans lost their capacity to adapt. The scribes and mullahs were allowed to get away with squeezing out the printing press and destroying the observatory, while ladies in harems, not soldiers on battlefields, decided the issues. Stone later outlines the surprising rise of football in republican Turkey; he admires good managers.

The first 10 sultans were just that. Later sultans relied on hiring talent, which they did quite well for a time, until the talent was wasted on palace management rather than imperial service. Lost in a haze of court politics, the Ottomans lost ground literally and figuratively, and most significantly to the Russians; Selim the Grim was not unlike his coeval Ivan the Terrible, but later Russia got Peter while the Ottomans got a gaggle of nonentities, a state of affairs which lasted to the reign of Selim III. It was Mahmud II who finally did what Peter had done a century before. It was mostly too late, with Egypt gone, the Russians affirming their position as the last great steppe empire, and foreigners fulminating about the Greeks.

All this is explored with energy and pungent wit: Stone’s observations are constantly exhilarating, and he is particularly good on the Tanzimat and the extinguishing of the empire, which had become too rotten to manage at all. Stone has sympathy for anciens régimes, and understands them better than any historian alive, but the sympathy is chiefly aesthetic; one reads Proust for many reasons but not to revive the Third Republic. Every nation’s path is strewn with tares, but of course the right thing to do with nettles is to grasp them, as intelligently as possible. Atatürk did so, and Stone rightly identifies his language reform of 1928 as the essential reason why Turkey has prospered since.

However many histories of Turkey you have read, you will never have read one as incisive, combative and sure-footed as this one, which is also delightfully brisk and extremely funny. Stone gives Turkey a good alpha minus, which may not be the top mark, quite, but certainly puts it ahead of the class.

Jason Goodwin is the author of the award-winning ‘Yashim’ detective series, set in 1830s Istanbul.