Store > Books > A Journey Through Maps 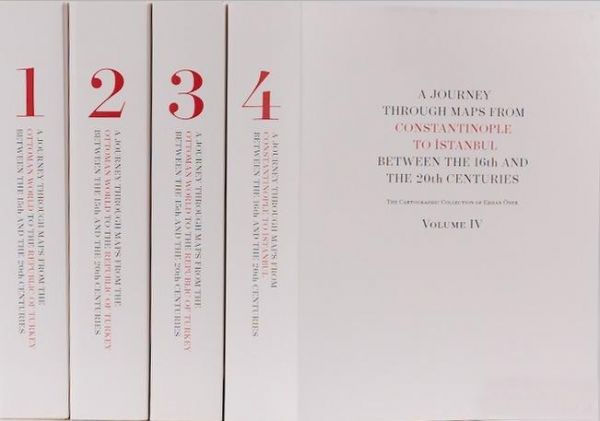 A Journey Through Maps

From the Ottoman World to The Republic of Turkey between the 15th and the 20th centuries.
The Cartographic Collection
of Erhan Öner

A Journey Through Maps: Introduction


I bought my first and highly colourful maps of Turkey in 1985 in London, for the sole purpose of decorating my library. Over the years, however, collecting maps of Turkey turned into a passion and today I have as many as two thousand.

While I was collecting these maps I never thought that one day I would publish them as a book. But friends who saw these maps over the years hanging on the wall of my library and offices encouraged me to share them with others by publishing them.

I postponed this idea for a long time; firstly because I wanted to reach a saturation point in my search for maps, and secondly because of my busy work schedule. However, once I retired in May 2013 I had no further excuse. As far as I know, this publication is the first reference book of this magnitude on the subject of maps of Turkey.

I have gathered these maps from various map dealers, auction houses and antiquarian book dealers all over the world, but to a large extent from London. I have numbered all the maps in different categories as I bought them and these numbers appear at the bottom of each map in the book.

For this catalogue I have arranged the maps in chronological order. The information below each map is either taken from the map itself whenever available or was provided by the dealers and auction houses at the time of the purchase. For certain maps lacking such information I have tried to gather data from cartographic books and catalogues and the websites of prominent map dealers.

At the end of the first volume I have added brief information about cartographers and engravers as well as map publishers.

I hope this catalogue will be a reference source that will enable enthusiastic map collectors to identify their maps; a source which I was greatly in need of myself while putting together my collection.