Store > Books > The Photographers of Constantinople 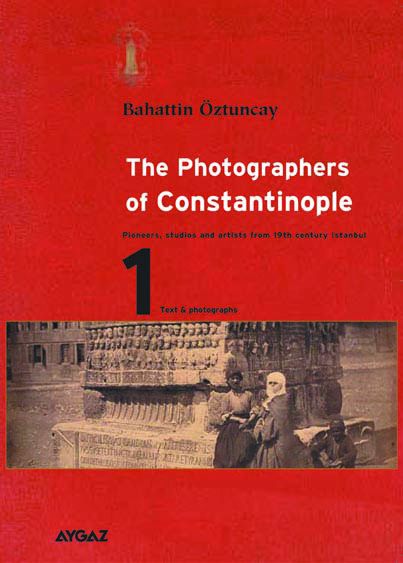 The Photographers of Constantinople

Istanbul in the second half of the nineteenth century became both training ground and inspiration for the emerging artists of photography, Ottoman and foreign alike. For any European traveller, exotic Istanbul was a first stop on the way to the Orient, and many a fledgling photographer fell under its spell, among them such legends-to-be as James Robertson, Felice and Antonio Beato, Carlo Naya and Tancrède Dumas. All stayed on to hone their photographic skills while exploring the city.

This comprehensive history of photography in the Ottoman Empire gives cosmopolitan Istanbul the prominence it deserves. The first of its two volumes offers an overview of the invention of photography – from the camera obscura in the eleventh century, to the salt prints and daguerreotypes eagerly adopted by the Ottoman Empire in the liberal climate of the 1839 Tanzimat reforms.

Öztuncay pays tribute to the great early names: Charles Nègre, James Robertson, Roger Fenton, Miner Kilbourne Kellogg, Félix Bonfils and Charles Gérard – whose work, admittedly clichéd, supplanted the West’s earlier fanciful view of the East. Many of these photographers opened studios in Pera, the European centre of the capital, from where they went on to explore the wider city.

Öztuncay divides them by the techniques they used: calotype, daguerreotype, the albumen-coated glass plate method, the wet collodion process applied to the carte-de-visite format, and the stereoscopic method.

Grand master of the salt print was James Robertson, chief engraver at the Ottoman mint and one of many foreign photographers close to the Ottoman establishment. Robertson is interesting because his work encompassed war photography as well as painterly Istanbul scenes.

His reputation was sealed in Crimea, where he photographed exhausted troops and witnessed the fall of Sebastapol in 1855. Felice Beato, his brother-in-law, who worked with Robertson in Crimea, was a gifted adventurer who soon moved on from photography in Istanbul to capture the horrors of the Indian Mutiny, becoming the father of photojournalism with his unflinching depiction of the dead. (Constrained by British censors, Robertson had no such freedom: there is not a corpse in sight in his war photographs.)

In the Ottoman Empire, interest in photography started at the very top. People and places the length and breadth of the empire were recorded at the behest of the sultans, who were passionate about the new art form, sitting for their portraits and allowing their daughters to pose, too. Crown Prince Vahdettin even took lessons in photography from an Ottoman Greek, Nikolaos Andriomenos.

They also nurtured local talent. Foremost among the Istanbul-born photographers, who won awards both at home and abroad, were the Abdullah Frères. These three brothers of Armenian origin had the most famous portrait-studio in the empire and exhibited at the Exposition Universelle in Paris in 1867. Another major studio was that of Vassilaki Kargopoulo, an Ottoman Greek who, like Vichen Abdullah, became chief court photographer, though he also took pictures of street-sellers, scenery and monuments. His panoramas, Öztuncay says, are “unequalled in the history of Ottoman photography”.

There were also Turkish photographers with military backgrounds who “countered the assertions of reactionary circles that painting pictures and taking photographs were prohibited on religious grounds”. Among them was the “illustrious Chief Photographer of the Ministry of the Navy”, Bahriyeli Ali Sami, a member of Abdülhamit II’s secret police.

Although many a small studio boasting spurious medals did not survive, Öztuncay explores those that left their mark. Pascal Sébah, a most influential photographer by the 1860s, exhibited in Vienna, Paris and Philadelphia. He owned a large studio where, for the tourist trade, he mocked up exotic images of “Turkish” women (usually, in fact, Greek). His work often illustrated scientific Orientalist books, but his sheer output compromised the quality of his work after 1875.

Bogos Tarkulyan was a portraitist who worked for Abdülhamit and on one occasion was called in to photograph the wreckage after a bomb attempt on the sultan’s life by Armenian revolutionaries. His influence continued into the Republic period: his portrait of Mustafa Kemal appeared on banknotes.

Another trio of Armenian brothers, the Gülmez Frères, who worked by appointment to Abdülhamit II, were known for landscapes and panoramas as well as portraits.

The high-quality work of all these studios is paraded in the second volume. There are ceremonial portraits of the extended families of Sultans Abdülaziz and Abdülhamit II. Here, too, are portraits of pashas and patriarchs: Ahmet Midhat Pasha (father of the 1876 Constitution), the historian-statesman Ahmed Cevdet Pasha, and Gazi Osman Pasha, hero of the Battle of Plevna.

In the chapter “Memories of a vanished world”, people pose in Turkish costume, and Ottoman citizens betray their political allegiance by whether they dress alla franca or alla turca. Other images capture scenes of everyday life, palaces, mosques, fountains and the tombs of sultans and sultanas.

The book concludes with a series of views of the city and its European and Asian shores and a sequence of breathtaking panoramas.

This is a publication of extraordinary interest to historian, collector, dealer and amateur alike. Well researched and lavishly illustrated, it will engross any lover of Turkey and its history.

Roland Belgrave is an expert in nineteenth-century photography