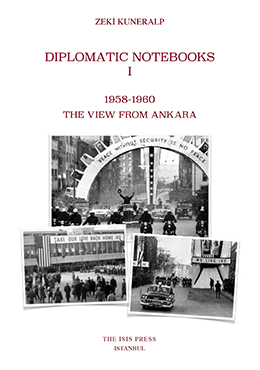 In a note found in his papers after his death in 1998, Kuneralp wrote that he was inspired to keep a record of all his conversations in a notebook by Georges Bonnet, the pre-war French foreign minister. Kuneralp took notes for the first year just in Turkish, but for the rest of years he recorded the conversations in the language that was used in the meetings (including French, English, German, Turkish and Spanish).