Store > Books > A Diplomatic Whistleblower in the Victorian Era 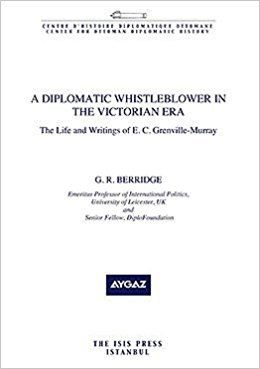 A Diplomatic Whistleblower in the Victorian Era

The Life and Writings of E. C. Grenville-Murray

Excerpt from the prologue: “What was Grenville-Murray’s background? What were his connections to the novelist Charles Dickens and to the foreign secretary and later prime minister Lord Palmerston? What were the themes of his writing? Was he really a useless diplomat? How did he manage to juggle journalism and diplomacy for over 17 years, especially since he specialised in satire and ridicule directed chiefly at his own employers? How did the Foreign Office finally manage to get rid of him? What did he do afterwards and what is his lasting importance? These are the questions which shape this biography as it follows Grenville-Murray’s adventures: first as the ‘Roving Englishman’ in Vienna, Constantinople, and the Crimean War; then to Tehran following the comic opera war between Britain and Persia which succeeded it; and afterwards during his diplomatic nemesis in Odessa, so coloured in its latter stages by the Polish uprising against Russian rule in 1863. The tale ends with his literary rebirth during an exile to France which began in 1869. This coincided with the collapse of Louis Napoleon’s Second Empire, the Prussian siege of Paris, the short-lived Paris commune, the second siege of Paris, and the birth of the Third Republic. This, on the face of it, was great timing for a determined journalist who by this time had nothing else to do.”