Store > Books > From the Shores of the Nile to the Bosphorus 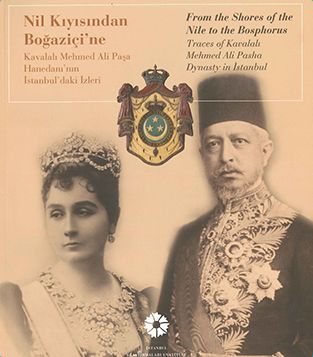 From the Shores of the Nile to the Bosphorus


Published by Istanbul Research Institute
Out of Print

Catalogue from the 2011 Istanbul Research Institute exhibition. From the Shores of the Nile to the Bosphorus: Traces of the Kavalalı Mehmed Ali Pasha Dynasty in İstanbul, told the extraordinary story of the Kavalalı Mehmed Ali Pasha dynasty, which played a leading role in our political history, as well as culture, arts and science, extending from Egypt to İstanbul. A considerably unconventional name in Turkish political history, Mehmed Ali Pasha was born in Kavala as the son of a merchant family, the roots of which extended to Konya. He became the governor of Egypt on the 8 March 1801 alongside the soldiers sent to fight against the occupying forces of Napoleon. Soon, his struggle for power and land against the Ottoman administration reached beyond the boundaries of the Empire and became a political problem known as the “Egyptian Question” that involved Russia and Western countries as well. After he reached an agreement with the Ottoman government in 1841, members of the Kavalalı dynasty spent part of the year in İstanbul and influenced the Ottoman palace circles with their ostentatious life styles and European trends, as well as with their buildings, reflecting avant-garde architectural movements of the period. In a world in which there was no organized aristocracy and nobility was disregarded by the state, Kavalalı Mehmed Ali Pasha family overcame this tradition and attained a “dynastic” status. Their imprints can be observed in various aspects of life in the Tanzimat era İstanbul.