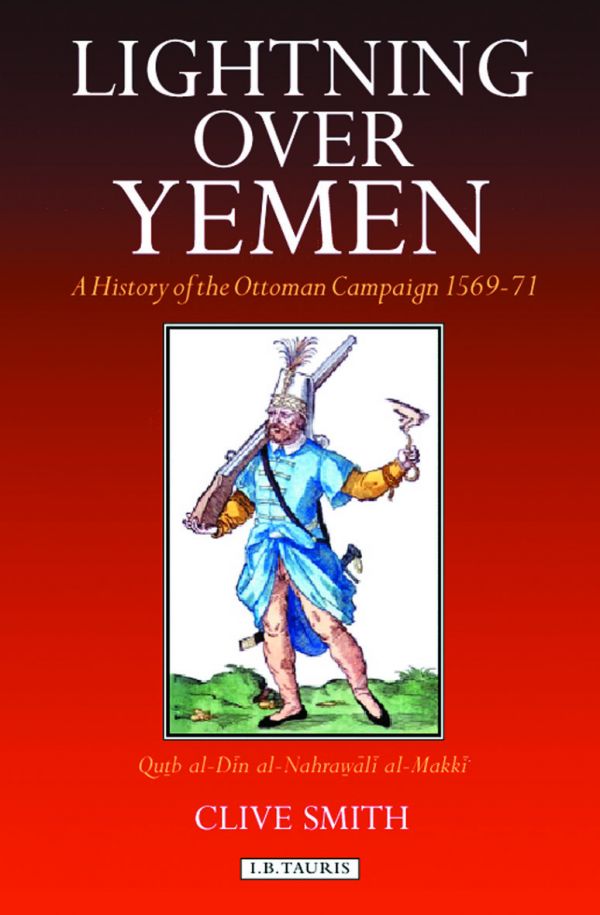 ‘Fascinating reading for historians of Yemen, of the Ottoman Empire and of the military. ’
Venetia Porter

The story of the Ottoman presence in Yemen has its roots in the conquest of the country by the Mamluks in 1517, which caused the fall of the Tahirid dynasty, rulers of Yemen since 1454. The Mamluks were conquered in the same year by the Ottomans, but it was not until 1538 that the Turks took a serious interest in Yemen. The massive force that arrived challenged the authority of the Zaydi imams - in Yemen since the late ninth century - whose power base was largely in the north of the country but who, after the fall of the Tahirids under the dynamic Imam Sharaf al-Din, had taken over much of Yemen.

Yemen did not take easily to conquest, or to the notion of being a province of the Ottoman Empire. For the Ottomans the prize was the profits to be made from the Indian Ocean trade in spices and such like. But for the next thirty years, constant confrontations and rebellions proved a great drain on resources, gradually reducing their area of control.

In 1569 the governor-general of Egypt, Sinan Pasha, was sent to Yemen to take charge once more and defeat the Zaydis. It is this campaign, eloquently described by the Meccan historian Qutb al-Din Nahrawali (commissioned by Sinan Pasha to write the account) and beautifully translated by Clive Smith, which is the subject of this book.

At the news of Sinan’s arrival, “The mountains and strongholds of Yemen waited in dread; its castles, hills and centres trembled; its regions shook at the approach of this expedition.” Thus the scene was set. The magnificent quality of this text emerges as Sinan Pasha’s progress through Yemen is described: rescuing garrisons of trapped and famished Ottoman soldiers; launching attacks on the Zaydis in inaccessible fortresses in the inhospitable Yemeni highlands; laying lengthy siege to strategic sites and strongholds. There were victories and reverses on both sides. And both were ruthless. The ferocity of the campaign is detailed in full - as, of course, are the leadership qualities of Sinan Pasha himself. “He stood firm till the face of victory rose and shone, and the wicked turned and fled as their armies were defeated.”

The text is not merely full of gory battles. Much information emerges about the strategies of the campaign, the troops and their commanders. Hasan Pasha, in charge of the siege of the famous town of Kawkaban,

for example, “winning their hearts with his great energy… dispersing bags of gold and carnelians” - this was because the troops were expected to carry huge cannon up the mountain in the dead of night.

There is also much incidental information about Yemen and its people, the holy shrines of Companions of the Prophet visited en route, and notes on the history of San‘a, where they make “shawls bright with the finest embroidery”. There are evocative descriptions - of Mount Ba’dan, for example: “the summit of which only the sun and moon surmount. At its foot is a wide valley with pure air and the fragrance for which sweet bay and wormwood are known, entered by a narrow pass like the neck of a pitcher. It is carpeted with anemone flowers and strewn with a bed of cornelians, ‘a high garden with its fruits within easy reach’ [Qur’an]. That valley was called Shabakah since it resembled a network, its trees entwined, its flowers entangled and its streams criss-crossed.”

A treaty in May 1570 signalled the beginning of the end of hostilities between the Zaydi imam al-Mutahhar and Sinan Pasha, who left Yemen the following year. The subsequent story of the Turks’ remaining years spent desultorily attempting to hold on to Yemen is beyond the scope of this book. They left in 1635, not to return until the nineteenth century. (This second period of Ottoman occupation is discussed in the recently published The Sultan’s Yemen: Nineteeth-Century Challenges to Ottoman Rule, by Caesar E Farah, IB Taurus.)

The level of detail on all aspects of such a terrible and costly campaign makes this an intense description of a key moment in history, which Smith has succeeded in making highly readable. There is also a good index, useful notes, maps, a glossary and photographs (slightly lacking in quality) of some of the sites mentioned. Lightning Over Yemen will make fascinating reading for historians of Yemen, of the Ottoman Empire and of the military.