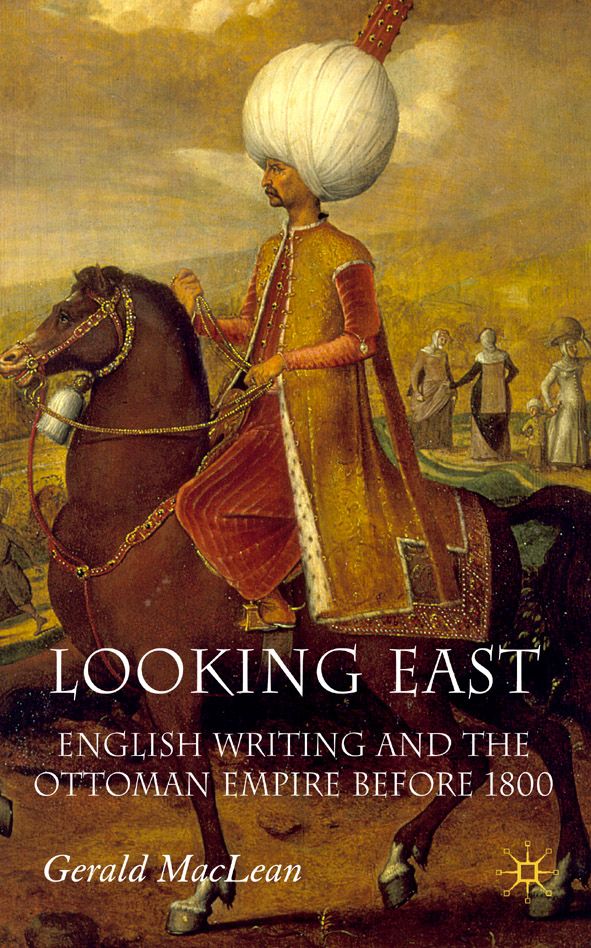 English Writing and the Ottoman Empire Before 1800

By Gerald MacLean
Published by Palgrave Macmillan
Sorry, this item is currently unavailable from Cornucopia.

‘A major contribution to the scholarship on English- and Scottish- interaction with the Ottoman world.’
William Dalrymple

Looking East examines how English encounters with the Ottoman Empire helped shape national identities and imperial ambitions at a time when the English were seeking to find a place for themselves in the larger world beyond ther insular realm. Engagingly written in an accessible style that will appeal to non-academic readers as well as scholars, this book demonstrates how the so-called ‘conflict of civilizations’ separating the Muslim East from the Christian West is a false and dangerous myth.

‘Looking East sweeps aside the distortions of centuries of national history to reveal how our identity has been shaped by the myriad contacts between Britons and Ottomans’ - Dr Caroline Finkel, author of Osman’s Dream: A History of the Ottoman Empire’

‘Looking East is a major contribution to the scholarship on English- and Scottish- interaction with the Ottoman world. The picture Gerald MacLean presents is far more complex and interesting than the somewhat simplistic image of East-West relations usually given by Edward Said and his followers. Instead of the old model of a straightforward binary dualism, MacLean has followed in the footsteps of Nabil Matar to present a Mediterranean world where what he calls ‘mutuality, dialogue and reciprocity’ predominate and where a significant number of Englishmen Turn’d Turk. This scholarly, surprising, erudite and quizzically humourous book looks set to change the way we think about early British interaction with the Muslim world.’ - William Dalrymple, author of In Xanadu and From the Holy Mountain