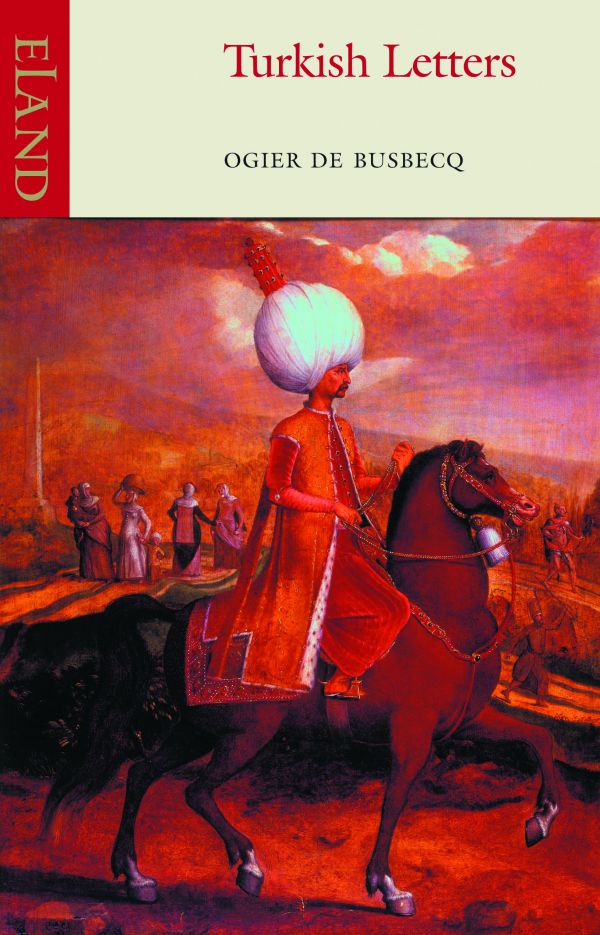 Translated by Edward Foster with introduction by Philip Mansel

“Fresh, appreciative and funny,” it says on the cover of Ogier de Busbecq’s Turkish Letters, republished for the first time since 1968 in Edward Seymour Forster’s 1927 translation, with a splendid new introduction by Philip Mansel. The lapidary encomium, I see, is mine. It is hard not to warm to Busbecq of the Letters. In the first of the four, written in 1555, he extols the glories of Süleyman’s Istanbul, “created by nature for the capital of the world”. Two letters later, now in disgrace and under house arrest, he rails against the city, cities in general, and admits to being a country boy at heart. Busbecq’s Durrell-like description of the menagerie of curious animals and birds he assembles in his house includes an infatuated crane who lovingly lays a single egg under a bed and a brace of partridges who cannot resist the sight of his purple satin slippers.

If Busbecq was not the first or last Westerner to draw favourable contrasts between the Ottoman Empire and conditions in his own country, he does so with great wit and shrewdness.

Like Mary Wortley Montagu in the eighteenth century, and Robert Byron in the twentieth, Busbecq treated his apparently casual form – four letters to a friend at home – “a coarsely spun yarn perhaps, just as I should tell it if we were talking together” – with extreme literary care. He personally supervised their publication in Paris in 1588, and they ran to twenty editions in seven languages by 1700. Contemporaries, who still knew remarkably little about the Ottomans, were delighted with full-blown descriptions of the way the empire operated, discussion of Ottoman tastes and prejudices, details of court intrigue and diplomatic one-upmanship.

He travelled with a first-class retinue of scientists and artists: Melchior Lorck did the first panoramic view of Istanbul, while Busbecq himself is credited with introducing Vienna to the tulip and hauling out a “wagon-load” of old manuscripts and inscriptions which have proved valuable to historians and philologists. The letters remain a principal source for understanding court politics of the time, and probe strengths and weaknesses in the Ottoman system.

Mansel’s introduction defines this amiable ambassador’s motives and sets his embassy firmly in the context of Süleyman’s empire at its greatest height. Even readers familiar with the letters will want this new edition on their shelves, or in their pocket.