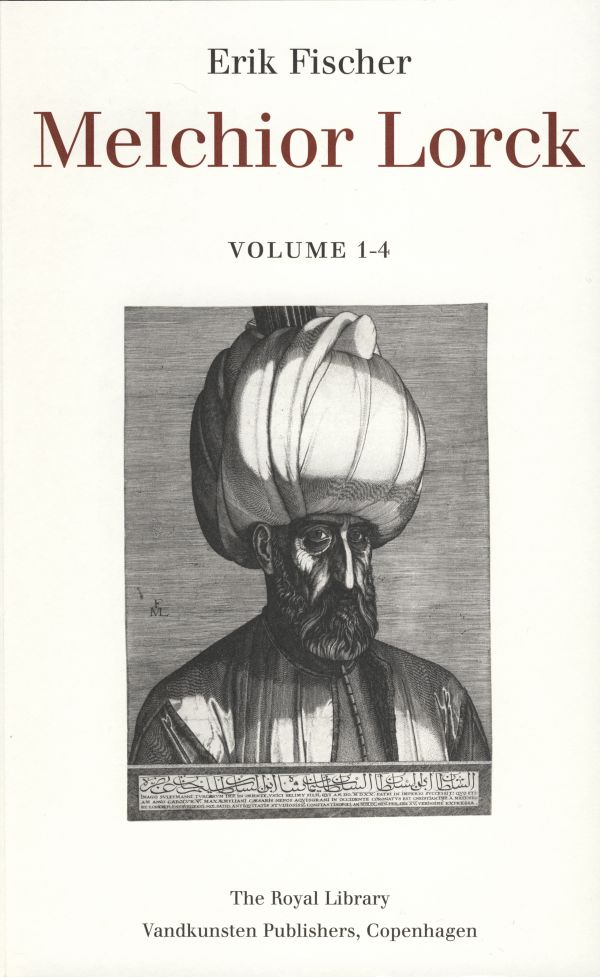 ‘As a publisher I stand in awe of the end result, and as a book-lover (who daydreams not about a sports car but about more library shelves) I am close to rapture at owning such a set of volumes.’
Barnaby Rogerson, Cornucopia 43

Why publish five massive tomes about an obscure Danish artist of the 16th century? The sheer quality of the production might be thought to silence any such question, for the collected volumes constitute a silent, brooding gravitas of printed matter. They have admirably thick bindings, black endpapers, wonderfully dense and creamy paper (130 grams Muken bookwove), beautiful balanced typography, with different colours and typefaces for different languages, set within a harmonious overall design of double columns and generous margins.

The reproduction of Lorck’s drawings and etchings is exquisite – and I speak as someone who has over the years sought out some of the original prints, wearing white gloves in the rare-books department of both the V&A and the British Museum – although, as with all modern printing, one misses that intense fusion of ink and paper at impact, when the paper has been bitten into by the pressure of inked wood and metal on an actual press rather than on a rotating drum.

As a publisher I stand in awe of the end result, and as a book-lover (who daydreams not about a sports car but about more library shelves) I am close to rapture at owning such a set of volumes. Yet there is still an awkward voice in me that questions the why and the wherefore of it all.

Is Denmark in some sort of competition with its neighbours? With Sweden, whose diplomats have always forged an understanding of Turkey, based on their mutual historical antagonism towards Russia, or with Norway, the wealthy refuge of choice for many political dissidents from the Muslim world? Or with Germany, which has only ruled over the old Danish Duchy of Schleswig-Holstein these last hundred years, so that it is a moot point which nation Lorck truly belongs to. Perhaps none of these. Perhaps it is simply that when the Royal Library finally puts its seal to a project ­– this one has been incubating for 40 years –­ it believes in producing something that is worth waiting for. Whatever the motivation, the complete set – and a fifth volume is due in late 2010 – will certainly make a handsome diplomatic gift.

Melchior Lorck deserves the five-volume treatment because he is the first famous Danish artist. He is also a genuinely European figure: he supped from the Hanseatic, German, Dutch and Italian schools of art before making his name as the man who brought the first accurate and sympathetically observed images of Turkey back to Europe. I was able to arrange myself, before a log fire and a glass of whisky, with all four volumes spread out in front of me, so that after several hours of happy browsing as an owner, I could settle down and address the books as a reader. The volumes bring together all the printed images known to have been made by Lorck, the few surviving drawings (which may or may not be fine copies of his actual penmanship), as well as translated versions of all the historical documents that refer to him.

Volumes 2 and 4 are reserved for facsimiles of his two great printed works, The Turkish Publication (which was compiled posthumously and printed in 1626) and The Constantinople Prospect. Until now, the works of Lorck have been scattered across the globe, studied in many languages, in different museums, journals and catalogues. After the pleasure of looking over the prints, I found that the accompanying text has remained playful, even argumentative, and mercifully not in the slightest bit pompous. Instead, the three editors seem to share a delight in the mystery of the man, this elusive butterfly they have all chased after without any expectation of pinning him down. His fame was entirely posthumous and his life story is full of uncertainties. The first edition of The Turkish Publication, which made him famous, appeared in 1626, decades after his death. Even his dates are vague: he may have been born in 1526 or 1527 and is considered to have died “sometime” after 1583. After his youth, we do not really know where he lived, who he learned from or how he survived. So we have a life full of holes, with bits of blazing glory as the itinerant artist picks up commissions from the monarchs of Europe that leave us with a trail of sorts.

Though Danish, he spent most of his working life as far from his homeland as possible, produced nothing of real worth in Denmark and at the end of his life seems to have been once more in disgrace with his royal patrons. But then no-one who has ever looked intently at his profile set against the city of Constantinople, or his siesta-time view over the roofline of Istanbul, can fail to be delighted by the company of this charming, handsome, mischievous and talented artist. These four volumes help us construct an imagined life but fortunately never attempt to imprison the free spirit of Melchior Lorck behind the bars of scholarship.

Also in Cornucopia 43, ‘Best of Enemies’ – Barnaby Rogerson on the undying rivalry of Ogier Ghiselin de Busbecq and Melchior Lorck