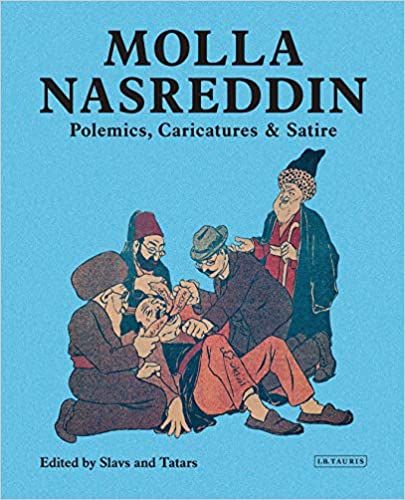 Edited by Slavs and Tatars

Published between 1906 and 1930, Molla Nasreddin was a satirical Azeri periodical edited by Jalil Mammadguluzadeh and named after the legendary Sufi wise man-cum-fool of the Middle Ages (who reputedly lived in the thirteenth century in the Ottoman Empire). With an acerbic sense of humour and realist illustrations, Molla Nasreddin attacked the hypocrisy of the Muslim clergy, the colonial policies of European nations, and later the United States, towards the rest of the world and the corruption of local elites, while at the same time arguing for Westernisation, educational reform and equal rights for women. The publication was an instant success-selling half of its initial print run of 1,000 in the first day-and within months would sell 5000 copies per issue, which was record-breaking for the time. It became one of the most influential publications of its kind and was read across the Muslim world. Slavs and Tatars, a leading art collective focusing on Eurasia, has brought together this collection of sketches, caricatures and satirical writings from Molla Nasreddin, in the process revealing an unusual manifestation of nationalism in the Caucasus and its surrounding regions.

Slavs and Tartars is a collective whose exhibitions, publications and lecture performances examine the area known as Eurasia, which lies east of the former Berlin Wall and west of the Great Wall of China. Their work spans diverse media, disciplines and cultural registers (from high to low), and highlights the often forgotten sphere of influence between Slavs, Caucasians and Central Asians.