Store > Books > The Land of the Anka Bird 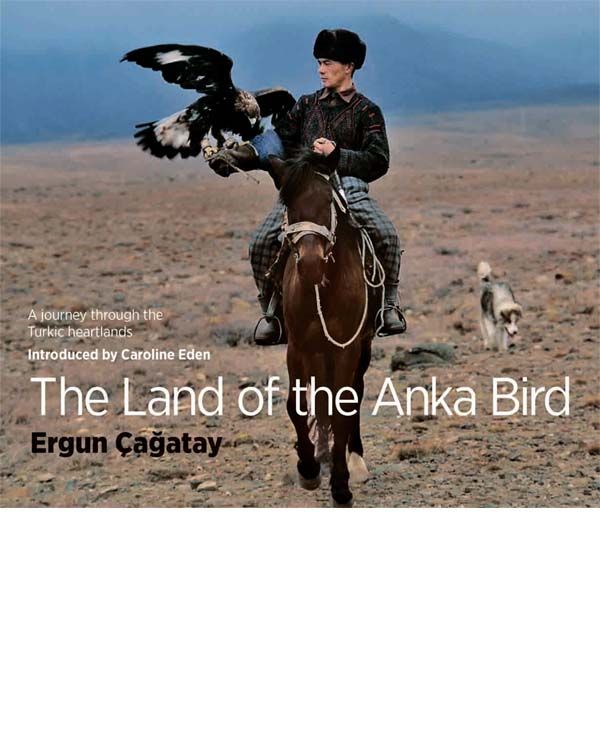 The Land of the Anka Bird

A Journey through the Turkic Heartlands

Signed copies: We have a small number of copies signed by Caroline Eden. If you would like one of these please please specify in 'notes' at checkout.

SEE INSIDE THE BOOK

IN A NUTSHELL From the oasis cities of Central Asia to the vast frozen wastes of eastern Siberia, the remarkable photographs of Ergun Çağatay reflect the immensity and drama of the Turkic-speaking world and the colourful lives, beliefs and spirit of its peoples. Caroline Eden pays tribute to a pioneering Turkish photographer who travelled more than 100,000 miles to capture these unique images. Spanning both the nomadic and settled worlds, this book challenges assumptions about an intriguing swathe of our planet while celebrating its wildly varied traditions and environment.

ERGUN ÇAĞATAY Ergun Çağatay (1937–2018) began working on Central Asia in 1993 as a photographer after surviving a near-fatal bomb attack in Paris ten years earlier. Over the following decade, he travelled more than 100,000 miles and took more than 40,000 photographs, from Lithuania in the west to Yakutia in eastern Siberia. These became the basis of ‘The Turkic Speaking Peoples: 2,000 Years of Art and Culture from Inner Asia to the Balkans’ (Prestel, 2006), a book that combined his images with scholarly essays on the history, culture, cuisine and landscape of the broader Turkic world. His photographs, most of them unpublished, form a unique archive for anyone wishing to understand the complexities of Central Asia and the vast surrounding region since the Cold War. Çağatay died in 2018, just as he was embarking on a project to capture the Crimean Tatars, the peoples of the Balkans and the Uighurs of western China.

ABOUT THE AUTHOR Caroline Eden is a writer contributing to the travel, food and arts pages of the Guardian, Financial Times and the Times Literary Supplement. She is the author of three books, ‘Samarkand’ (Kyle Books, 2016) and ‘Black Sea’ (Quadrille, 2018), most recently, a new travelogue with recipes entitled Red Sands, published by Quadrille in autumn 2020. Twitter and Instagram: @edentravels.