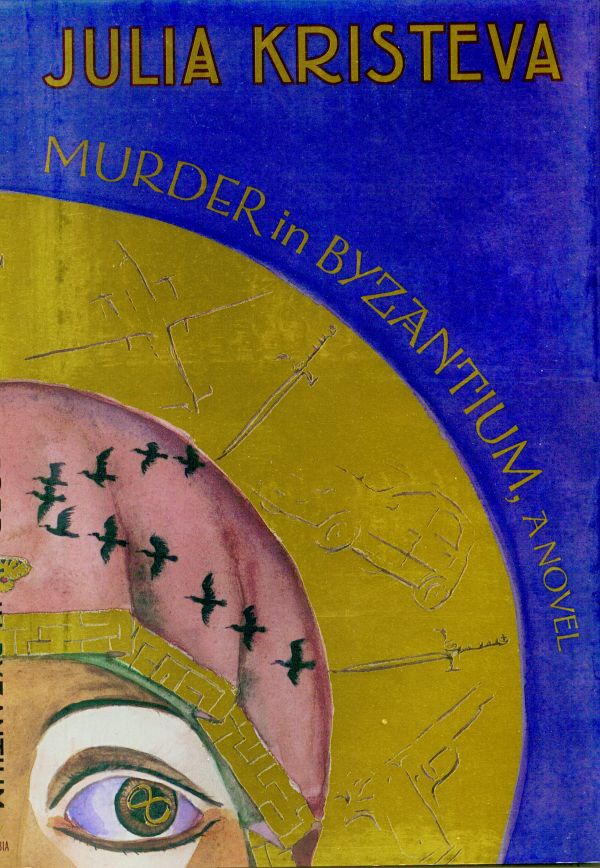 In this absorbing, suspenseful novel Julia Kristeva combines social satire, medieval history, philosophy, psychoanalytic theory, and autobiography within a gruesome murder mystery. Murder in Byzantium deftly moves from eleventh-century Europe, wracked by the turbulence of the First Crusade, to the sun-dappled, cultural wasteland of present-day Santa Varvara, threatened by religious cults, gangs, and a serial killer on the loose.

This killer is murdering members of a dubious religious sect, the New Pantheon, and leaving a mysterious figure eight drawn on their corpses. Meanwhile, Sebastian Chrest-Jones, a noted professor of human migrations, clandestinely writing a novel about the Byzantine princess-historian Anna Comnena, disappears on a quest to learn more about an ancestor who roamed across Europe to Byzantium during the First Crusade. Kristeva’s recurring characters, detective Northrop Rilsky and the French journalist Stephanie Delacour, step in and desperately try to piece together the two-part mystery in the midst of their unexpected love affair.

In the tradition of Umberto Eco, Susan Sontag, and Ian McEwan, Kristeva skillfully weaves philosophical and critical ideas into her fiction. Peering into the mores, obsessions, and excesses of contemporary society, Kristeva offers an engrossing portrait of Santa Varvara, a paradoxical place of sunshine and pollution where skeletons lurk in the closets of politicians and oil company executives. Her descriptions of the First Crusade and the Byzantine Empire vividly evoke a distant past while speaking to such contemporary concerns as immigration, fundamentalism, terrorism, and the East-West divide. Murder in Byzantium is also the only work in which Kristeva explores her Bulgarian roots. In the midst of this rich, multilayered historical novel, Kristeva also presents three stunning, closely observed, and interlocking portraits of characters struggling with loss and emptiness in their personal histories and day-to-day lives.