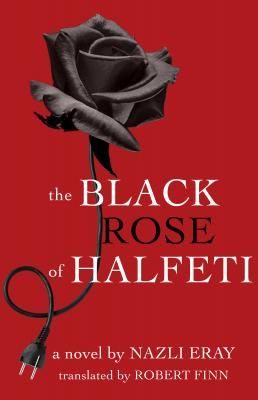 The Black Rose of Halfeti

A novel by Nazlı Eray, translated by Robert Finn

Published by The University of Texas Press
Sorry, this item is currently unavailable from Cornucopia.

The Black Rose of Halfeti opens with a letter delivered at midnight in Ankara. In this letter, an elderly doctor who has begun to experience the first signs of dementia professes his love and desire for a relationship with the narrator, a woman in middle age beginning to contemplate her own mortality. From there, the novel moves between Mardin, Izmir, and back to Ankara; the past and the present; and the real and the imagined as the narrator seeks to know the doctor both in his prime and in his struggle to hold senility at bay. In these dreamlike landscapes, the author introduces King Darius, the Spanish director Luis Buñuel, the actress Silvia Pinal, and the archetypal dream woman, as the narrator endeavours to understand the human psyche.

Nazlı Eray has established herself as a master of magical realism, with such titles as The Emperor Tea Garden and The Man Who Wears Love. As in these earlier novels, she paints here some vivid images of the urban landscapes of Turkey, capturing both the present and the past.

The translator, Robert Finn, is a former diplomat and the author of The Early Turkish Novel.