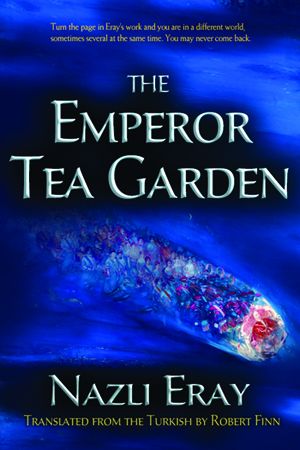 By Nazli Eray, translated from the Turkish by Robert Finn

‘Eray is a gifted author; her prose is beautiful, with a richness that allows one to ‘[live] in different worlds’
Publishers Weekly

Nazlι Eray is one of Turkey’s most popular writers. She is the founder of the Turkish Literary Association, an honorary faculty member at the University of Iowa, and a member of PEN International. She is the author of many stories, plays, and novels, including The Street of Different Dreams, Orpheus, and The Man Who Wears Love, which won the Yunis Nadi Novel Prize in 2002.

Robert Finn is a nonresident fellow at the Liechtenstein Institute, a principal investigator for the Century Foundation Task Force on Pakistan, and a visiting scholar at Columbia University. He served as the first US ambassador to Afghanistan in more than twenty years, from March 2002 to August 2003. He is the author of The Early Turkish Novel and translator of Nazlı Eray’s Orpheus and Orhan Pamuk’s Silent House.

The dead come back to revisit lovers they never had. African violets talk and behave like human beings. Two of the protagonists travel across western Turkey, flying like birds from Ankara to Uşak and then on to Izmir. The night speaks. In the final pages, the novel itself gets up and becomes a character, shakes hands with the author, and goes out into the night.

Nazlı Eray’s engaging short novel is probably like no other you have ever read – a fantasy, but one less like an imaginary world than a dream just a step away from real life. It is a dream about the pent-up feelings inside people for those they love and think about: fluid, constantly changing, inconsequential, but also somehow always authentically human and therefore moving.

“Somebody in my sleep was calling an old name. The human memory is such a strange thing… between sleep and wakefulness… living and imagining,” as one of her characters puts it. The setting is middle-class Turkey, mostly in Ankara and Bartın. Though the background is Turkish, the people themselves, and their loves, griefs, hopes and disappointments, are universal, which is what makes them – to this reader at least – irresistible.

The plot is essentially that of an episodic dream in which people, places and moods change unpredictably, with little obvious causal connection between them, though the people the narrator meets as she is swept along are recognisable and glow with life.

More than half a century ago Dylan Thomas made a disparaging joke about the Turkish novel. Today, when so many leading Turkish novelists have been translated, Thomas’s mockery is no longer possible. Nazlı Eray’s spare, lucid Turkish has been meticulously translated by Robert Finn, capturing the sparkle, verve and abrupt directness of the original Turkish very well. Indeed, so human are the words and thoughts of the narrator (Eray herself), that periodic Turkish expressions and references become almost a surprise, for this seems to be a story that could happen anywhere.

Just occasionally Finn’s translation hugs the Turkish original a little too closely. For example, people in English turn pale, not yellow, when alarmed. But these are small complaints. This singularly original book is a welcome addition to the stock of Turkish novels available in English, and one might wish that it had appeared under the imprint of a major publisher rather than a small American one. For The Emperor Tea Garden is a distinctively Turkish contribution to the canon of European literature, for which we should be grateful.