Store > Books > The Hero of Negropont 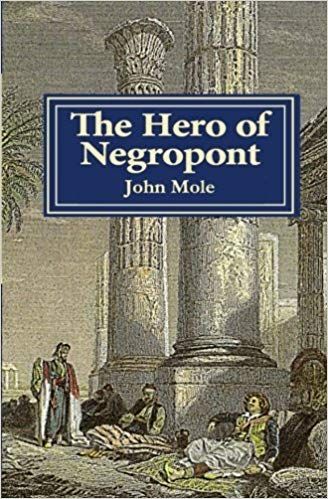 A comedy, a history, a traveller’s tale of love and adventure…join young Lord Exford on his journey to the Greece of heroines and philosophers, pashas and janissaries. The year is 1788. George III is on the throne. To escape debt and court summonses the rakish Exford is exiled to Constantinople with a prudish tutor and a truculent artist. On the way they are shipwrecked on a Greek island ruled by a Turkish pasha and populated with stories of passion and delusion. Star-crossed lovers, renegades and minstrels, pirates and djinn are just some of the characters our travellers encounter. They also meet Amelia Burbage,a botanist, feminist and intrepid explorer, accompanied by her Syrian servant and their irascible camel. Befuddled by a heady mix of the pasha’s hashish, amorous ardour and his classical education, Exford’s delusional tutor takes on the might of the Sultan and it is left to the wily Exford to deliver his eccentric band from an unspeakable fate.