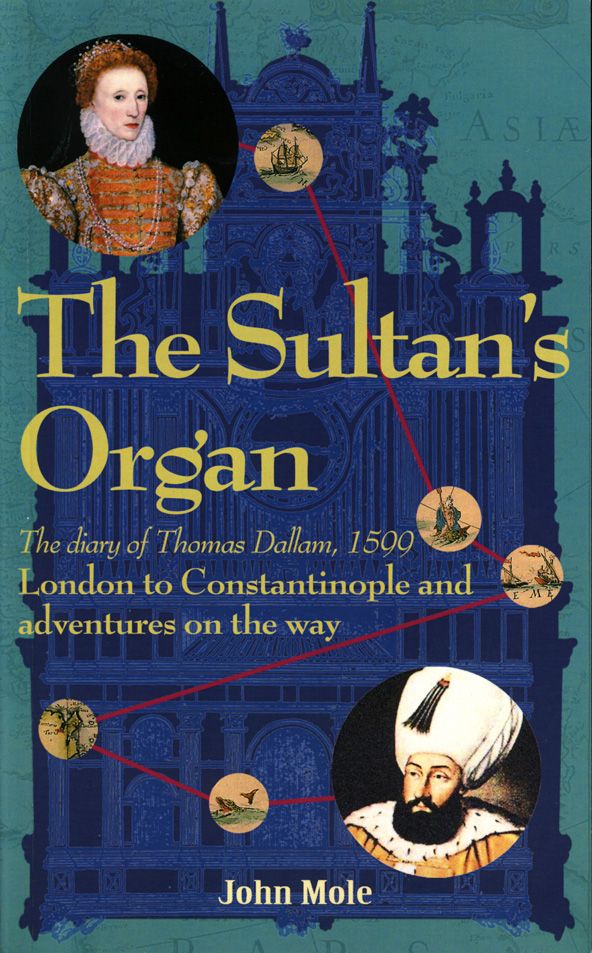 The Diary of Thomas Dallam, 1599. London to Constantinople and adventures on the way.

‘The Sultan’s Organ’ is a modern English rendering of the diary of an organ builder who completed am amazing journey into the Ottoman Empire at the close of the C16th. Remarkable as a historical document and early example of travel journalism, this account also offers a fascinating insight into the lively mind of the young craftsman. The candour with which he records his observations and experiences of a land and civilisation far removed from the Elizabethan London of his previous experience is a delight. Anyone travelling to the Eastern Mediterranean or seeking novel insight into the Elizabethan world picture, should enjoy this book. They might also like a book of the same title, by Jonathan Gathorne-Hardy, published in 2017 which expands the journey into a highly readable tale. John Mole is the author of an historical fiction, The Hero of Negropont, and Martoni’s Pilgrimages 1394: to the centre of the world and back, another extraordinary journey from an even earlier time, which he has translated.

Reviews for The Sultan’s Organ

This book is a straight piece of historical non-fiction, a crucial early turning point of the relations between England and the Ottoman Empire. The author has painstakingly translated the old English text to modern prose, making it an effortless pleasurable read despite the fact some crucial pages of the original manuscript are missing.

The original author was Thomas Dallam, a 24 year old organ builder who accompanied his highly embellished piece that was also a clock. This was a gift to the Ottoman Sultan and in 1599 Thomas Dallam accompanied this organ in its eventful voyage from London to Constantinople. This expensive present had a mercantile / political purpose, to curry favour and win trading rights with the then all powerful Ottoman super-power. In 1598 merchants of the City of London paid for a present to be given by Queen Elizabeth to Sultan Mehmet III of Turkey for this purpose.

The diary starts in February 1599 just before the departure of the powerfully armed ship, necessary in those days of constant warfare with Spain and its satellite, Flanders and Thomas Dallam listing purchases and baggage that included a little harpsichord. The diary is illuminating on a number of levels. The period was one of where the distinction between approved naval action and impounding of ships and cargoes versus outright piracy was blurred. More than once, to the consternation of Thomas Dallam and the crew the corruptible captain of their ship let go captured laden ships in return for an obvious bribe that he alone pocketed.

The descriptions of the voyage are particularly pertinent where the overland return leg of the journey through Ottoman occupied Greece are concerned. This is the first account in English of a journey across the mainland of Greece. Another high-point in terms of glimpses to the past is the moment Thomas Dallam was able to glimpse through a grating the Imperial Harem, the first likely description of these concubines by a foreigner. Another interesting revelation was that the two interpreters Thomas Dallam dealt with were English by birth yet had fully integrated into the palace system by converting to Islam. There was gentle but persistent pressure for Dallam to also ‘turn native’, clearly the system was accepting of talent from any quarter.

This book is not a detailed historical tome, no detailed footnotes or the broader military / political machinations of the Empire apart from the basics where the narrative requires it and at 105 pages long it is a ‘manageable’ read for all. Perhaps it is a small piece of a puzzle that also explains how a small island nation in turn became a super-power.

Reviewed for the Anglo-Turkish Society by Craig Encer, October 2012