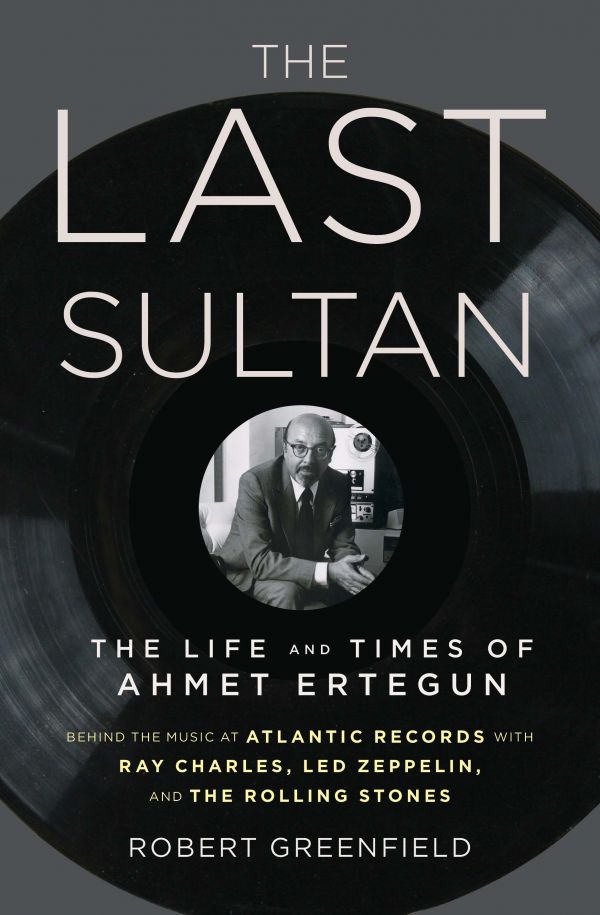 The Life and Times of Ahmet Ertegun

By Robert Greenfield
Published by Simon & Schuster
Buy from Amazon

In 1978 The New Yorker published a two-part profile of Ahmet Ertegun, the Turkish–American popular music mogul, by the writer George WS Trow. The article, “Eclectic, Reminiscent, Amused, Fickle, Perverse”, which took Trow seven years to write, is still regarded as one of the finest ever published by the venerable magazine.

According to the then editor, William Shawn, “this piece was Proust”. The article manages like little else to capture the ambience of Ertegun and his wife Mica’s social whirl in Disco-era New York: “Crucial to the understanding of Mica’s speech is the expression ‘Yah. It’s divine, no?’ This expression can mean ‘Yes, it’s divine, I couldn’t agree more’ or ‘Yes, it’s divine, but why bring it up?’ or ‘No, I don’t think it’s divine’ or ‘I wish you would go away.’ Mica uses it frequently, and in almost all circumstances it defies response and ends the conversation.”

In this first major biography of Ahmet Ertegun, Robert Greenfield has a hard act to follow, something he himself acknowledges. The Last Sultan offers a new depth on Ertegun’s life and work; nothing can of course match Trow’s articles in capturing the essence of the man.

Ertegun was the son of an important Turkish diplomat, and grew up in Turkish embassies around the world, something Greenfield carefully records. Ertegun’s company, Atlantic Records, was founded in 1947, and in 1967 he and his partner Jerry Wexler sold it for $17.5 million – less than half its worth at the time. Ertegun and Wexler remained at the hub of the organisation, Ertegun himself being particularly responsible for signing The Rolling Stones to the label in 1971.

From the 1970s, no longer owning his own company, Ertegun’s interests became notoriously more diverse, and Greenfield’s book relies on Trow’s article to help document the tornado of social activity that the Erteguns inhabited. Their beautiful house in Bodrum, as Vanity Fair noted, became “the hottest ticket in town”, hosting everyone from Princess Margaret to Nureyev. Greenfield seems unperturbed by one guest’s recollection of a girl “cleaning the stones in the courtyard with a toothbrush”.

But Ertegun, more tornado than man, was no ordinary society figure. As Trow deftly commented, “It is as though, bored by a series of routine household errands, Ahmet had decided to do them in a Bugatti. This means that in mundane situations (and Ahmet is involved in many mundane situations) the most interesting transactions are the transactions between Ahmet and his Bugatti-like Public Manner, not the transactions between Ahmet and the situation itself.” Ertegun was famous for combining high and low – going from elegant dinners to strip joints in an evening, a habit that got up the nose of New York’s classical elite. “Ahmet and Mica are simply people on the make,” Truman Capote notoriously observed. This didn’t stop him attending their parties. Trow quotes Diana Vreeland: “I had them to dinner before anyone you know had them to dinner…but why did I ask them back? It was the energy. Of course it was the energy.” As David Geffen observed, “The one word you’d inevitably have to come up with for Ahmet was fun. Ahmet was a lot of fun.” And of course it was having fun, in 2006 – at a Rolling Stones concert – that the great “Sultan of Soul” died.

Greenfield takes note of the Erteguns’ prodigious activity as collectors, and one merely has to cast an eye over Mica’s rich interiors to realise the depth of the couple’s cultural understanding. Which is why it is not the slightest bit surprising that Mica decided to award Oxford University one of its largest endowments – $26million, specifically for the Humanities – earlier this year. What is perhaps surprising is that she chose Oxford, a city the couple never visited. Addressing this recently in The Daily Telegraph, Mica said, “New York has the money, but Oxford has the culture.” Perhaps posthumously the Erteguns will be, in the words of the immortal George Trow, “taking Louis Vuitton luggage where Louis Vuitton has never been before”

For Thomas Roueché’s article on the Turkish embassy in Washington, where Ahmet Ertegun lived as a boy, see Cornucopia 44