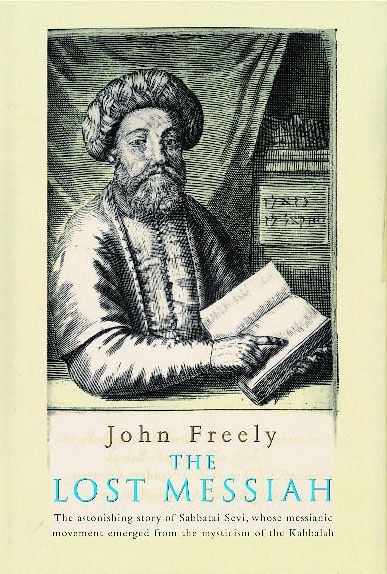 The Story of Sabbatai Sevi

The astonishing story of Sabbatai Sevi, whose messianic movement emerged from the mysticism of the Kabbalah

Domenico Hierosolimitano led two lives, the earlier as a Jewish physician to Murat III, the later as a Catholic scholar in papal Rome. John Freely’s Lost Messiah made his own astonishing journey in the opposite direction. Sabbatai Sevi was the Izmir rabbi who in the 1650s followed his inner promptings and allowed himself to be acclaimed as God’s Anointed, sparking heated controversy throughout the diaspora. This learned man, in a community of the learned, was an inspired transgressor of ritual law. He brought women into his rites, turned the ritualised mourning ceremonies into jolly feasts to celebrate his birthday, broke taboos on food and observances, and sang popular songs like Mélisande in a mood of ecstasy. He also had sombre times when God hid his face from him.

Sevi travelled between Izmir, Salonica and Jerusalem, winning converts and scandalising the orthodox, while his prophet, Nathan, reached the Venice ghetto, where he soberly interpreted the avowedly bizarre behaviour and pronouncements of his chief.

Freely is good on the events that led to Sevi’s arrest by the Ottoman authorities. By 1666 he was living as a prisoner in Edirne, waited on hand and foot by eager followers, who expected some dazzling miracle to reunite the Lost Tribes and transform the Sultan, with whom he had a God-appointed rendezvous, to become his faithful servant. All around the world, as far as America, many Jews and even some Israelite Christians were preparing to sell up and follow him.

But at the fatal moment, Sabbatai knuckled under and converted to Islam. From a painful interview with Mehmed IV’s divan, he emerged as a royal gatekeeper. Sevi seems to have flunked the messianic test, as many of his former followers angrily realised, and the revolutionary movement was extinguished at that point.

‘Turning Turk’ involved a message too esoteric for most ordinary people. In spite of it, some Jews insisted on seeing Sabbatai’s apostasy as part of a grander plan. They supposed that he had chosen to enter the world of shards, the vessels that shattered when the divine light filled them, to make them whole through the defeat of evil. Observed with interest by European traders and diplomats recently arrived in the Ottoman Empire, Sabbatai and Nathan continued to insist on the reality of the Coming, through to Sabbatai’s exile to Albania where, it was thought, he would find no Jews at all. Their legacy was an esoteric sect (which splintered into sub-sects and has, it is believed, all but disappeared) of devotional Muslims who nonetheless quietly follow Sabbatai’s ritual instructions and await his promised return.