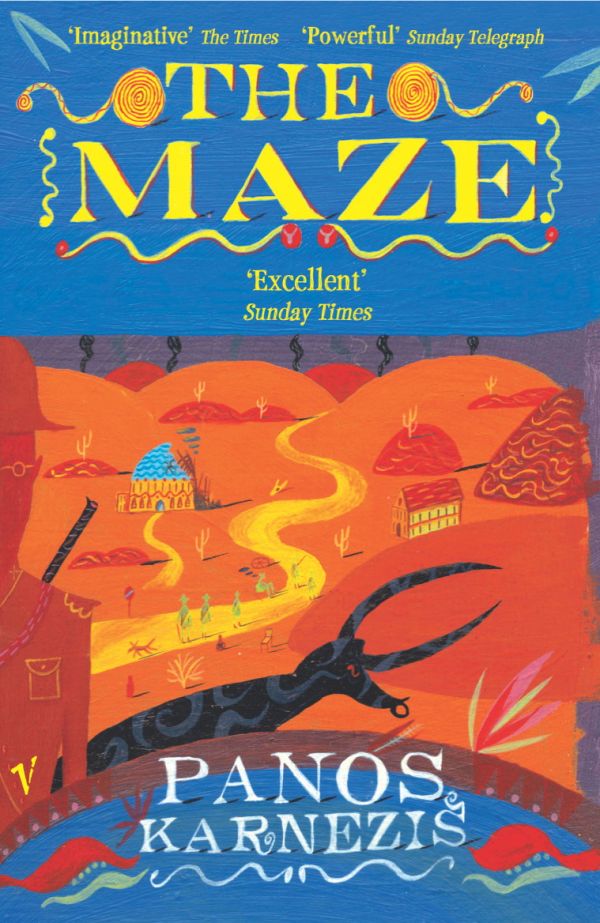 By Panos Karnezis
Published by Vintage Paperback
Buy from Amazon

Swept Away by History

America must be the only country in the world where the word “loser” is an insult. Failure is generally rather more interesting than success, and the literature of defeat is certainly richer than that of victory: America herself displays this in the considerable quality of the historical literature about the Vietnam War. Here are two books about what happened to the Greeks of Anatolia at the end of the First World War. It is a horrible story, ending with the burning of the Greek quarter of Izmir (Smyrna) in September 1922 – at the time the most go-ahead city in the Levant.

For many decades and perhaps even generations the Greek version of events dominated the field, and not so long ago a motion only narrowly failed in the Athens parliament, condemning the Turks for “genocide”. The Greek version is, in its way, understandable, because the arrival in poor and war-torn mainland Greece of about 1,500,000 penniless Anatolian refugees was indeed a disaster. The second generation often became Communist. It was not a good thing for Turkey, either, since she lost people who knew how to make and organise things, to manage trade and to set up schools, at a time when the Muslim population was almost prevented from being literate because the Arabic script (with three vowels) and vocabulary in which Turkish (with eight vowels) was written was such an obstacle. Sensible Greeks (there were a great many) knew they should not provoke the Turks. But the sensible ones, at the end of the First World War, were persuaded that the great British Empire would make them, once more, lords of Asia Minor. David Lloyd George, “the man who won the war” and who certainly won a landslide election at the end of it, clearly imagined he could do no wrong and he egged on his Greek friends to invade Anatolia with a view to stopping the Italians. The Turks he wrote off: degenerates. Quite why British radical liberals took this view of the Turks is a good question: Gallipoli, after all, was fairly hard evidence in the other direction. Perhaps Lloyd George just thought British generals were incapable even of defeating Turks. At any rate, as Louis de Bernières says in his new novel about this subject, Lloyd George was the chief villain of the show.

The Greeks blundered in, did quite well militarily, for a time, and were finally held not far from Ankara in August 1921. A year later, the Turks counter-attacked, and the Greeks collapsed – the subject of Panos Karnezis’s Maze. Its hero is an elderly general, leading his men through a waterless plain to a nameless little Greek–Turkish town not far from the sea. The general takes morphine, but somehow manages to keep control of his men, though his chief of staff is a Communist and there is a poor old muddled priest with delusions of grandeur in a disused church that fills up with the corpses of rats when the crypts are flooded in a storm. The novel ends with the Christian population moving out, down to the sea, and no doubt a bleak future in that quarter of Athens called Nea Smyrna. There is an Anatolian Institute in Athens which publishes very decent books about it all, and apparently has tape-recordings of life as it once was. If you know about these matters, Karnezis’s book will make sense of an afternoon in an armchair.

Louis de Bernières has established himself so well in London letters that his silence as a novelist for ten years provoked some comment. On the whole, British reviewers (though not others) were rather puzzled by the present book, and The Economist’s reviewer happened with St Mary of the Mongols centuries before. There are Greek and Turkish boys playing together, the Greek boy teaching the Turkish friend to write, but with Greek letters. The Greek boy, drafted into a labour battalion, deserts and becomes a bandit; the Turk becomes the best sniper at Gallipoli. They meet at the very end, the Greek to begin a new life on Rhodes, with help from the Turk. There are other episodes, showing how well de Bernières has studied the period, some of them quite cruel, as with the fate of the Bey’s adulterous Turkish wife, whose life is saved (from gleeful public stoning) by the imam and a Greek woman, but who has no other future than the brothel, syphilis, dead children. (A false note in the novel is the Bey’s sentimental return, which does not make sense.)

Through it all is the sense of insane public events that have their own logic crowding in and destroying private arrangements of all sorts. Two reminiscences of Captain Corelli: a good-guy Italian officer (the Italians were the most understanding of the Western occupiers), who has his Turkish friend and absorbs the local ways, and a local Greek, who manages to take his boat, and his wife, as far as Cephalonia, and fathers a son who appears as the villainous Communist of the Greek Civil War in Captain Corelli.

There is a silly, romantic Greek-nationalist schoolmaster, making trouble; there is a love-affair, destroyed by events; there is, War and Peace coming to mind, the intrusion of high politics. De Bernières takes two roads to these. One is the experience of a simple Turk at Gallipoli, and as the author is himself a military man, that is very ably handled indeed: Lord knows how the Turks managed to survive that British onslaught, but they did, and Lloyd George should have learned his lesson from that.

The other is an account of the doings of Kemal Atatürk, as he understood how he could deal with the British, the Sultan, the Kurds, the Bolsheviks, the Armenians, the French. That part is handled extraordinarily well. The key to Atatürk’s success was his handling of the Bolsheviks, and you might even claim that he and De Gaulle were the only two European statesmen who managed to deal with the Bolsheviks from a position of weakness and win. Atatürk even understood quite early on that if you wanted to deal with Communists, you set up a party of them that you could control: otherwise their verminous habits in committees would beat you. Whatever the case, Atatürk, from a de Gaulle-like position of weakness, managed to set his enemies against each other. De Gaulle maintained in his entourage a man, d’Astier de la Vigerie, who, he knew, reported to Stalin. He played up his quarrels with Macmillan (who seems to have understood what was going on) and got the French Communists to support him. That gave him the strength to face down Roosevelt. Then he squashed the Communists. Atatürk had qualities of that order, and though some reviewers have not appreciated what de Bernières was trying to do, he deserves credit.

Lloyd George does not. He was, for the mainland Greeks, the great man, and Greeks of high intelligence in London, with all their connections and charm, supposed that they could restore Byzantium. The father of the Duke of Edinburgh, Prince Andrew, was commander of a division, marching towards Ankara (a decent man, they sacked him: he says in his memoirs that he could not imagine human beings, let alone Greeks, behaving as atrociously as his men did). March and march and march, across that dry stretch east of Eskisehir, water running short, dysentery, flu destroying the army, some veiled old women to push around contemptuously in Yalova, the Greeks of Pera showing, just where the monument to Turkey’s War of Independence is in Taksim, a gigantic picture of Venizelos. Then disaster: the tidal wave engulfing De Bernières’s villagers, and, as he ends, the great port of Smyrna. A horrible story, well told. Very.