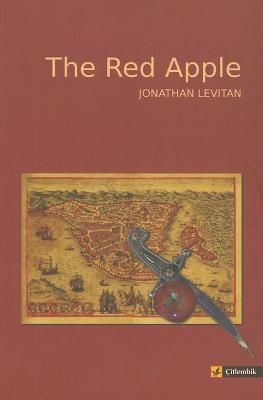 Two decades before the Ottoman conquest of Constantinople, Manuel, a young Greek boy, is conscripted from his Thracian village by the Ottomans. He is given the name İbrahim, converts to Islam, and becomes a member of the elite Ottoman military corps, the Janissaries. His loyalty sworn to the Sultan, İbrahim fights alongside his fellow Janissaries for control of the Balkans; meanwhile, their sights are always set on the Red Apple, the glittering jewel that is Constantinople. But amidst the carnage of war and political maneuverings between rival factions loyal to the Prince and the Grand Vizier, İbrahim begins to question the Janissary life of battle and bloodshed, instead falling in love with the beautiful peasant girl Mihrimah. Will he uphold his duty to the Sultan and the quest for Constantinople or follow his heart to his own Red Apple? Even if he pursues his dream, it seems old enmities may make his happiness illusory.